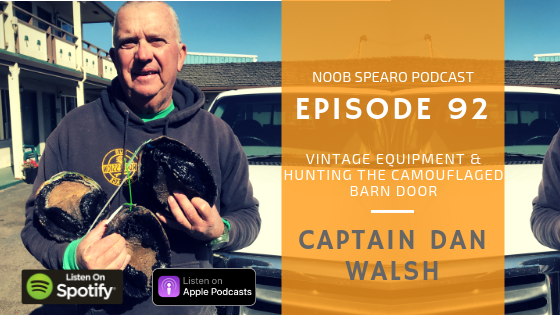 Vintage spearfishing equipment, advice and stories about spearfishing pioneers, and insights into hunting Halibut aka barn door. Dan Walsh has spent 50+ years on the water spearfishing, scuba diving, captaining boats, chasing abalone and making TV shows about the ocean, Dan has no shortage of awesome stories. To compliment the chat I have included a tonne of info about him below. Enjoy this episode of the Noob Spearo Podcast:)

Dan was captain of the “Sand Dollar” dive boat along with Bill Johnston when Terry Maas shot his big Bluefin at Guadalupe Island off Baja. Although it weighed in officially at 399.4 lb it was well over 400lb when he shot it, was on deck several days and got some weight loss due to dehydration. He also loves diving for Abalone and Lobster (his biggest was over 13lb!).

In 1972 Dan became a Scuba Diving Instructor and 76 was the beginning of his boat Captaincy. Along the way he worked many well known dive shops including Scuba Sciences, San Diego Divers Supply, Aloha Dive Shop/Honolulu, Skin diving Hawaii, Kamehameha Divers/Kona. He also worked for AquaCraft/Bandito, Underwater Kinetics, Blue Water Wetsuits, Aleeda Wetsuits along with Captaining or crewing the Spirit of Adventure, Bottom Scratcher, Kona Princess, and Caribbean Explorer.  You may have seen some of his film well known film and television work such as ESPN Diving with Christopher Reeve, PBS Nature/Antartica, and Shark Week. He is still involved producing shows for CBS, NBC sports, and others.

Dan’s Old guys mask clearing technique: “Most of the Bottom Scratchers used tobacco and smeared a cigarette inside and rinsed it out to keep the mask from fogging.  I’ve never smoked and didn’t think that method was for me. I just used spit.” 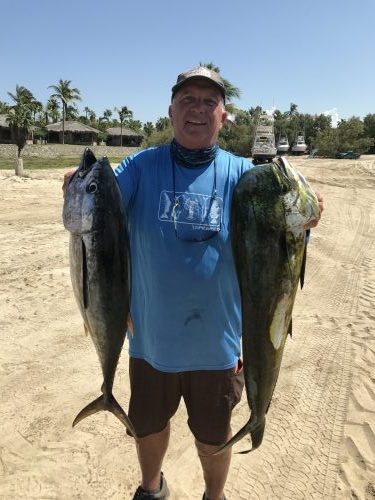