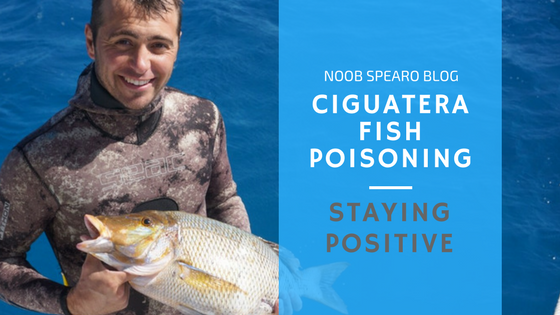 Ciguatera, Staying positive throughout the experience

Hi all, I just wanted to share an update of my experience with ciguatera poisoning. I contracted ciguatera in January 2016 so I’m about six months from contraction date. I’m symptom free and have been so for at least a couple of months. I am drinking coffee again and I’ve taken up alcohol with no side effects. I have even eaten small doses of fish, crayfish and calamari from tropical waters with no side effects. I have even managed to take up exercise and work and I’ve even put on weight.

If you would like to hear my ciguatera poisoning story you can listen to my podcast episode on it right here.

I wanted to share this positive news with the group as there is understandably a lot of doom and gloom on the internet about ciguatera, however I think it’s crucial to maintain a positive mental outlook. One of the worst things I did when I became Ill was to watch a short film called Reef or Madness. The personal stories in that film were so extreme and depressing that it really put me in a terrible mental state. I was suffering all the same symptoms as the people in the film were and it didn’t look like there was a light at the end of the tunnel. It looked like a definite life sentence. I was only three days into the illness and of course the examples in the film were the extreme long term cases. Films like this are great for creating awareness to the general public but scaremongering does little for those already suffering the illness. When your physical state is suffering the last thing you need is to drag your mental state down as well.

Furthermore I’ve become aware of  blogs etc. devoted to ciguatera and I want to thank these people for taking the initiative to develop these resources, they really are important and did help me to become educated on the disease and connect with other sufferers. I would however ask all authors to ask themselves what their goals are?. Are you creating awareness for the general public or trying to help those who are suffering? In my opinion creating awareness through shocking real life stories is a great tactic however this type of writing doesn’t serve to keep those suffering in a positive mind frame. I think this type of information is best done on other peoples blogs like fishing blogs etc where it can reach those that are at risk. In my opinion sufferers need information, facts, reassurance and light at the end of the tunnel.

As for my own personal experience staying positive was extremely difficult but I believe there are few things to do keep yourself in a good head space.

My diary was crucial to me. I didn’t write down my deepest darkest secrets like a confused teenager instead I used it as my Ciguatera progress log. I logged every symptom from day one throughout every day. I logged what I ate for every meal and how it affected me. Even the severity of the symptom . I didn’t use a number rating but that would have been useful as well. Any medications or medicinal foods and their effects were also logged. I almost treated myself as an experiment.

This did a few things for me. Whenever I saw a specialist and had to explain my symptoms there was no ambiguity, it was all on paper. I could track if I was improving, once again it was on paper. I could track with a good degree of certainty what foods would trigger my symptoms and avoid them. I could also revisit those foods later on and see if those symptoms would return. Not only was this beneficial to my physical state it was mentally beneficial. It gave me a routine to adhere to everyday and set up the mindset that I was going to beat this thing one way or another. I could also go back through the diary and see I was improving ever so slowly, that it wasn’t in my head. It was on paper.

2.Educate yourself and don’t take no for an answer!

I recently met a young guy with ciguatera poisoning that was complaining he was getting ill after drinking beers on the weekend. I couldn’t believe my ears, I wanted to slap him. He had done barely any research and took the doctors advice which was there is nothing to be done. I was  fed the same line and accepted it at first. However I returned home and trolled the internet for all it had.  I learnt what I was up against, the latest medication and I returned to the emergency room armed. I was then prescribed something. Knowledge is power and is vital to helping you take some control back when you feel helpless.

Do what you can to keep the mind active. I understand that there are varied symptoms and severity to the the poisoning however I think it’s important to keep the mind as active as possible. I had bad fatigue in my body but my mind was fairly clear so I used the time to get stuck into working on my blog and podcast. I remained productive which was really important for me. I would have been in a much darker head space if I’d laid in bed all day for three months doing nothing. I understand that rest is important and I’m not saying anyone goes out and ploughs a field but be mindful that distraction can be very useful tool for staying positive.

I’ve mentioned  above that there is a lot of negative media out there. Once you’ve educated yourself on the facts I think it’s best to avoid dwelling on the horror stories. Chances are you’re going to recover!

So that’s my experience and what I did to stay positive. I hope this helps you in some way and I wish you a speedy recovery.

I would love to hear about your experience and what you have learned in the comments, I respond to everything!

For further information check out this Podcast interview about ciguatera poisoning