Iki Jime- How you should be killing your fish 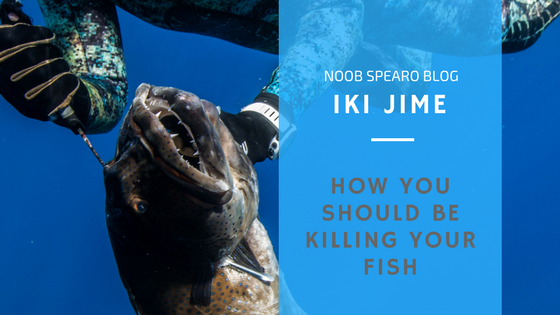 About the Ike Jime Method and its Origin

Iki Jime is a method of humanely killing fish that originated in Japan. It is the method by which a spike is inserted into the brain of the fish usually behind and above the eye causing instant death. The fishes fins will flare then relax letting you know you’ve hit the spot. Not only is Ike Jime humane but it greatly improves the eating quality of the fish as well. Instantly killing the fish stops reflex action like kicking and thrashing which prevents a build up of lactic acid that sours the flavour of the fish. In addition the blood in the flesh retracts to the gut cavity producing a better coloured fillet and a better taste. 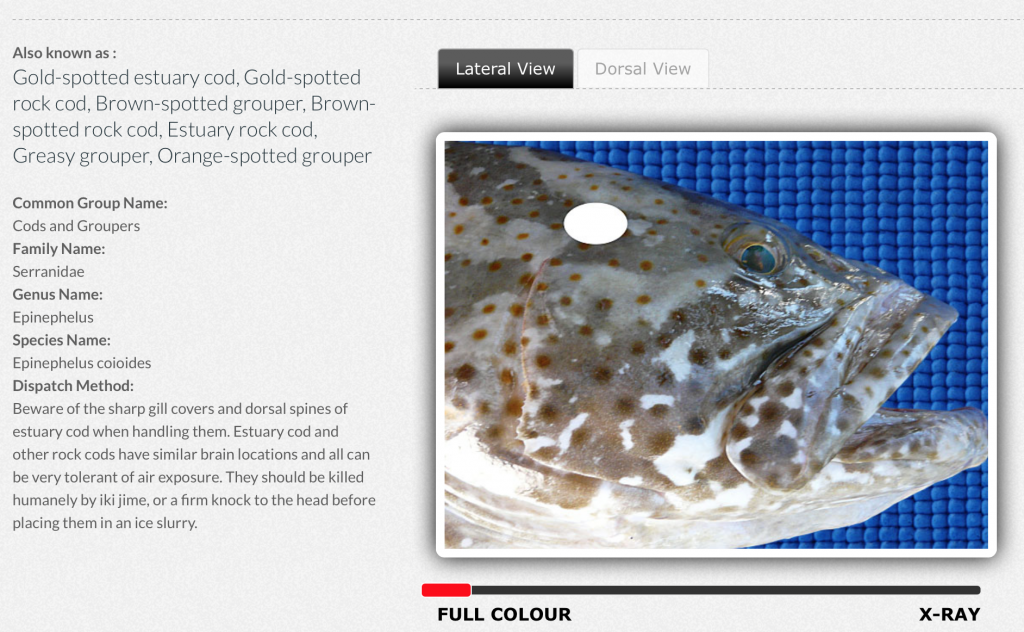 Estuary Cod with The Brain marked at the top of the preopercle, how I found the brain.(screen shot courtesy of ikijime.com)

Fisherman may use an Iki spike for the job but as spear fisherman we have large rubber powered Iki spikes so naturally the goal should be to stone your fish with your shot. That is to say you should shoot the fish in the brain causing it an instant death. Doing this achieves a humane death, better tasting fish and you generally look like the underwater version of Legolass minus the hair not to mention there’s nothing more annoying than saying “stoned another one”to your mates. It’s win win, well kind of, but as we all know it doesn’t always pan out that way and so quite often we usually need to dispatch our catch using our dive knives which work great as an Iki Spike. 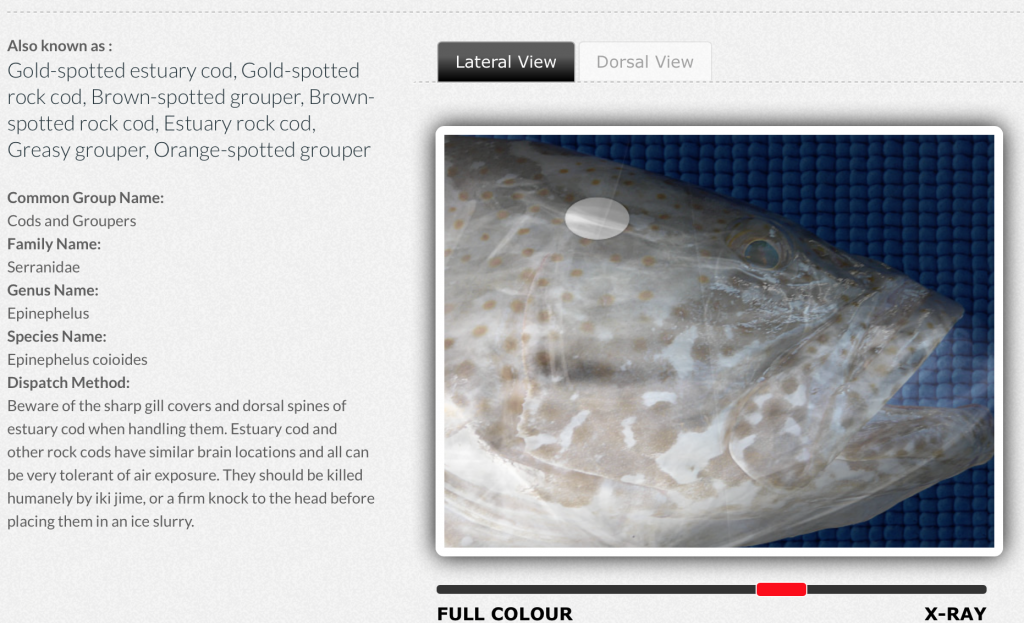 How To Learn Ike Jime for Different Species

Usually if you are new to this and even if you’re not you may have trouble finding the magic spot that turns out the lights. The ikijime.com site here can help with this. It is a site devoted to teaching you exactly where to find the brain in a variety of fish species. The iki jime website contains x-ray vision of the fishes head with highlighted brain area. To add to this there is a slider bar that goes from photographic to x-ray vision so that you can find the visual clues you need to pin point the brain. There is also the  iki jime tool app so you can take it with you on the boat. 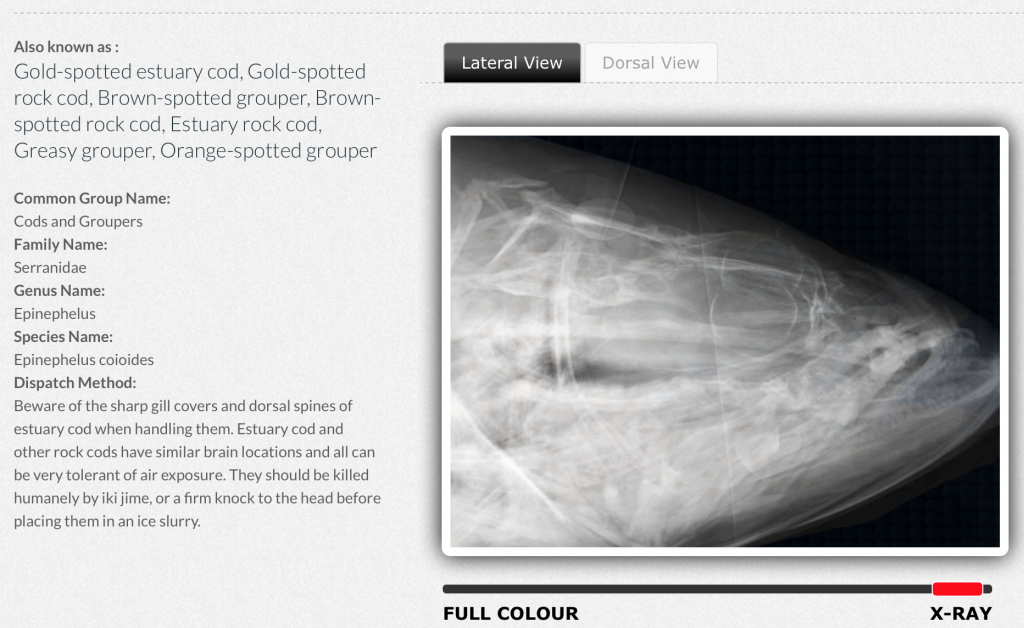 How I Am Using Ike Jime

Last weekend I was lucky enough to head out with POS crew and I managed to shoot a good sized estuary cod. I didn’t stone the fish so I was forced to dispatch it with my knife. Normally I would drive the knife through the top of the skull which I find difficult and as I generally hold the fish through the gills means I can slip and cut myself, and I wouldn’t be the first. After studying the ikijime website during the week I followed the preopercle up behind the eye and slid the knife in from the side. It was markedly easier and was an instant kill with no wriggling of the knife trying to find the spot. I encourage you to check out the Iki Jime website here and use the iki jime tool app as I’m sure it will help you.

Thanks for reading and if you would like to learn how to start spearfishing go here to find some of our best information,

Spearfishing Beginner Tips - How to fight and land a Spanish Mackerel