Wayne Judge emailed me in early May (2015) and asked if I would like to publish an article he had written about Lung and Trachea Squeeze. I have a personal friend who has had recurring issues with this problem and I was happy to hear that Wayne had taken the time to write an informative article about it. As I thought about posting it I decided to include a survey and see what others had experienced with this issue. I had lots of responses to the survey so thank you to those that took the time. As you will see from my summary, we had a very widely dispersed group, and a good spread of ages. I limited the questions to respect respondent’s time however there is some interesting information there all the same. Here is a link to the original article 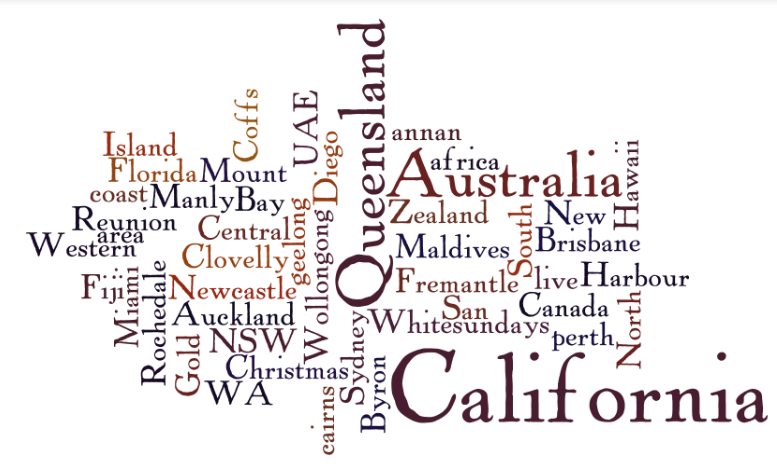 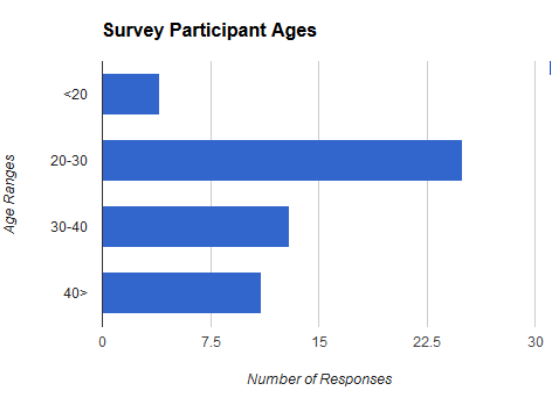 The Lung and Trachea Squeeze survey captured quite a few divers in the 20-30 age bracket. This is interesting given the average diving experience that the participants had was often over 6 years. 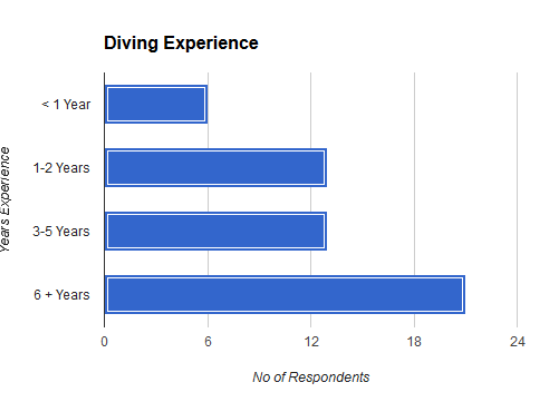 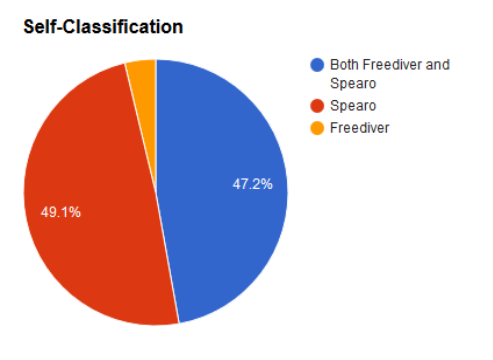 Capturing the audience makeup in terms of being a freediver, spearo or both helped to provide more information for understanding the survey group. As you will see the percentage of divers affected by lung or trachea squeeze from the survey response was quite large. Given the amount of people who have experienced this injury or common symptoms  identified in the stories below, more work needs to be done in communicating to spearo’s and freedivers the root causes of these injuries. Please check out this article for the full lung and squeeze write up. 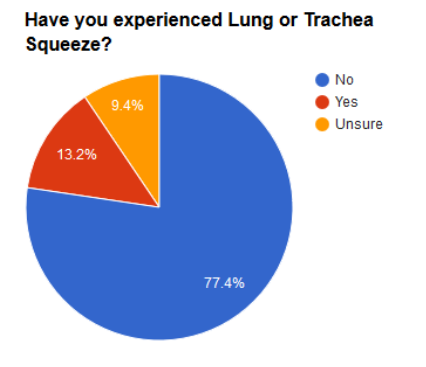 “Was the first dive of the day. Was fighting a fish at 30m. Silly move. Very mild squeeze, small trace of blood. Shortness of breath, tightness in chest for about 24 hours. Continued to dive all day. Took the next day off and then dove the following with no side effects.”

“Happened on my first attempt to dive deep a number of years ago, we were only in 23m, I was diving fine, touched bottom and looked up at my mate started swimming up fast and keep looking up I was in a bit of panic so couldn’t really pinpoint it. But after a few minutes I was coughing up blood. Did not do much past 10m for the rest of the day, coughed blood a fair bit. Once home I felt like I had an itch in my chest but didn’t think to much of it. A week later I went for a shore dive and 8m max and really started coughing blood and had a shortness in breath and a bigger pain in my chest. Went to hospital and they confirmed a squeeze. Couple of months later I booked in completed apnea Australia’s stage A. Best thing I have done helped in every way. Can’t wait to do stage B.”

“I have experienced it once free diving a cenote in Yucatan, Mexico. I was diving to 28m. I also experienced a samba upon breaching the surface. Where I was dizzy and disoriented and assisted by my dive buddy. I finished diving for the day after this experience. For the next few hours I was coughing up blood in my spit. I continued free-diving and also scuba diving the following days though to no more than 15m free diving, 30m scuba. I did not experience any more blood or excessive fluid in my lungs.I have not experienced it since 1 year ago. Though have not dived past 22m since then”

Other Useful  Comments and Stories

“Only a sinus “reverse squeeze” when diving with a mild cold… Came up from 15 metres with a large amount of pain under eyes and blood coming out of nose.”

“Recently became much more aware of this when doing level 3 and learning frc dives and diving below 40m, hard to know how little or much discomfort to allow before turning!”

“Very well written article by Wayne. Here is a bloke I could buy a coffee and listen too indefinitely! His understanding of freediving and spearfishing is unsurpassed.”

Please leave your comments below.

If you would like to learn more about Lung Squeeze and other Freediving Physiology then check out Manual of Freediving: Underwater on a Single Breath by Umberto Pelizzari here