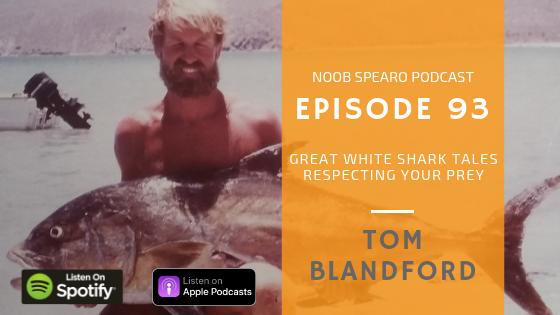 These are just a few of the highlights of this interview with veteran spearo Tom Blandford. As mentioned in the intro, I purchased (and read) Tom’s first book ‘A Dented Badge’ which has stories about his life serving in the LAPD during the 70’s and 80’s. I thoroughly enjoyed it and I think its a nice compliment to this interview which focuses on his spearfishing life. Listen in:) 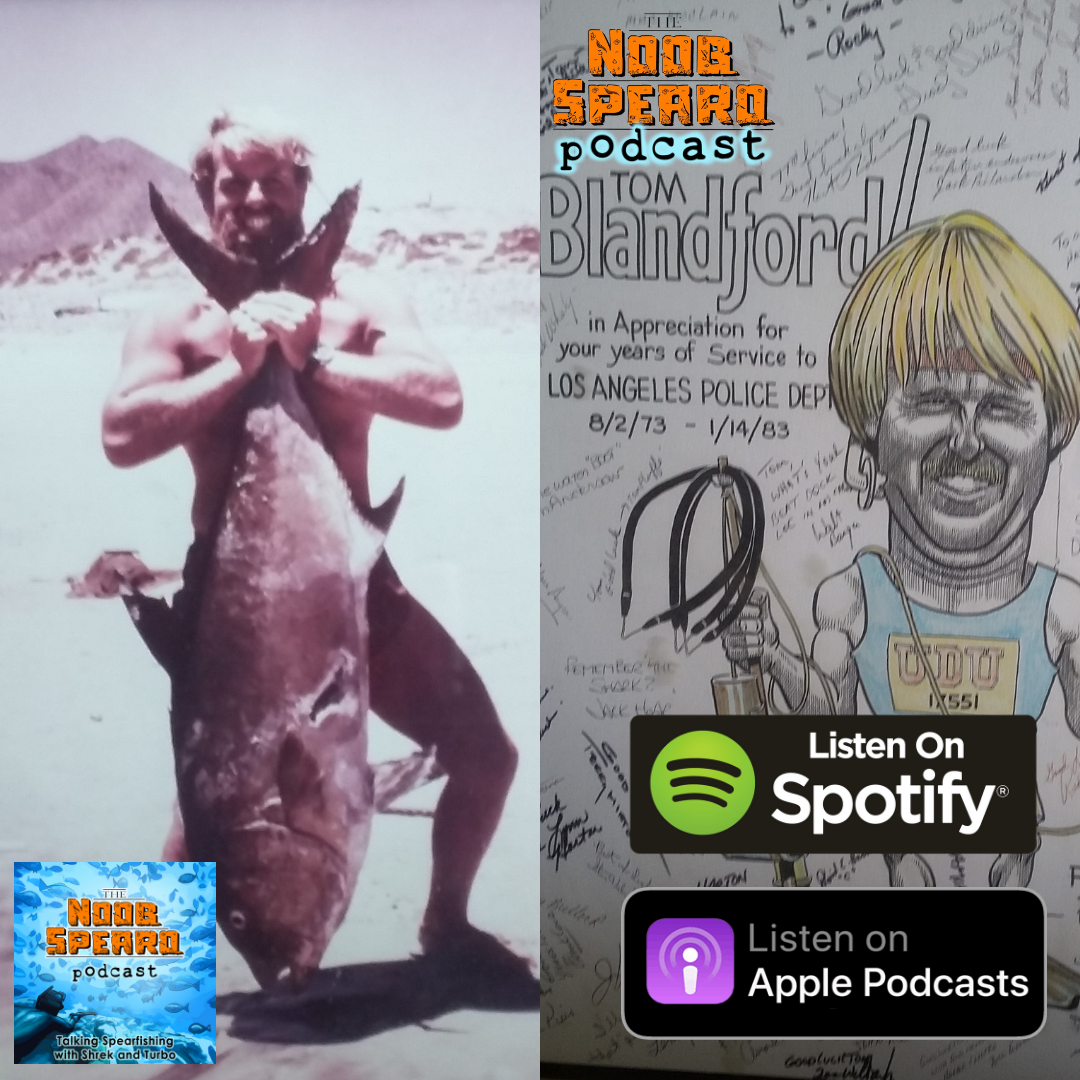 Image left is a huge Amberjack. Image right is a picture given to him on the day of his retirement from the LAPD.

A bit about Tom Blandford

“He’s been diving forever — he decided to go to a local junior college back in the 60s because that would allow him to dive more than some of his other options. He was a founding member of the LAPD dive unit. He’s been a member of the Long Beach Neptunes since the early 80s (if not earlier). He made a bunch of trips to Baja in the 80s and 90s — actually spent several months once living out of a tent and a van on one of those trips, diving every day. More recently, he’s taken to cruising in the Sea of Cortez and has dived/spearfished in tons of different spots. Aside from all that, he’s mentioned in Terry Maas’s book in the story about the white shark incident in 1984 at Guadalupe Island — that’s the one where Harry Ingram was launched out of the water by a white shark. As luck would have it, my dad had a front row seat and helped get Harry out of the water. He also has his own white shark story from 1988 where he actually shot a white shark at point blank range! He’s an old salt now (74 in November), but he still dives quite a bit.” – Ron Blandford 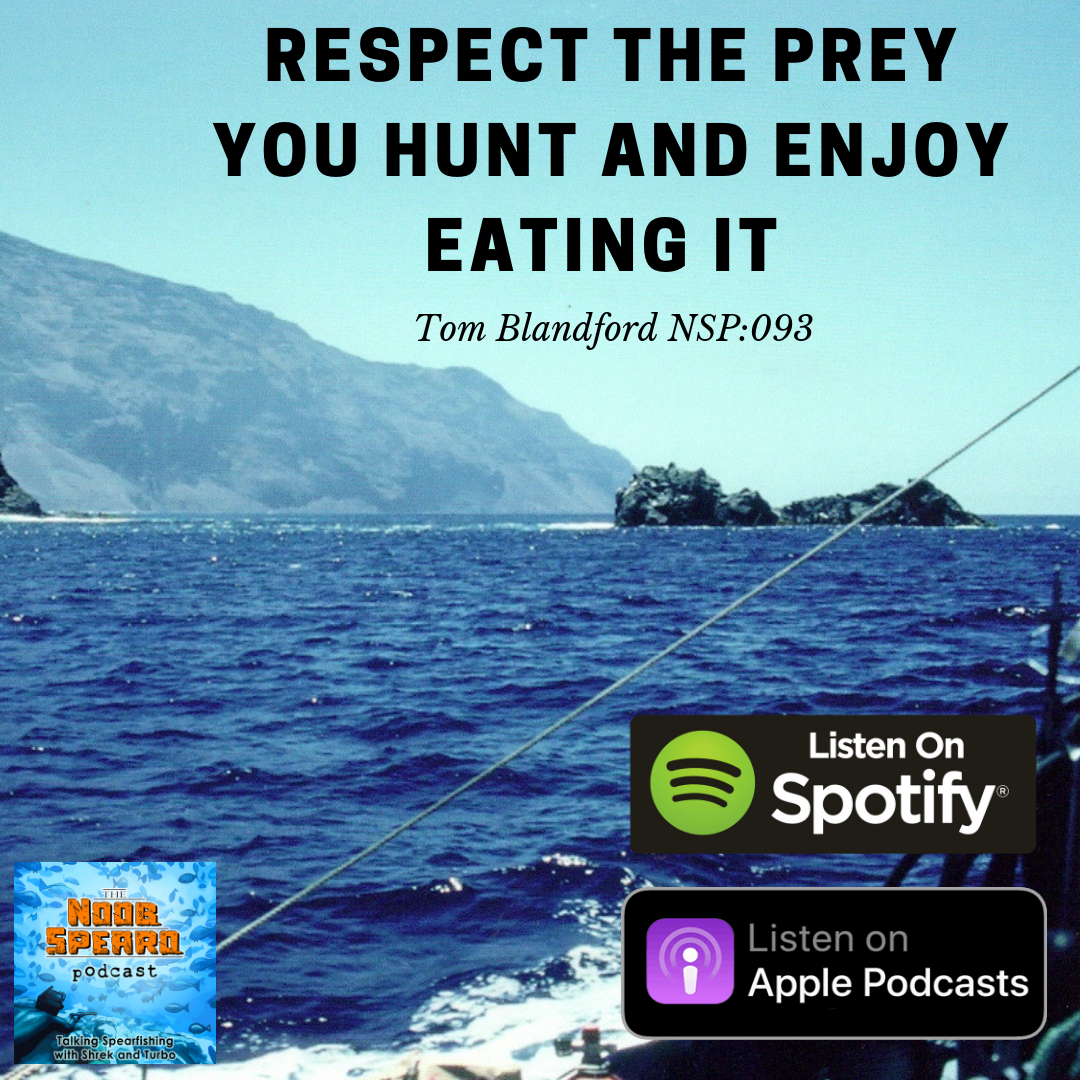 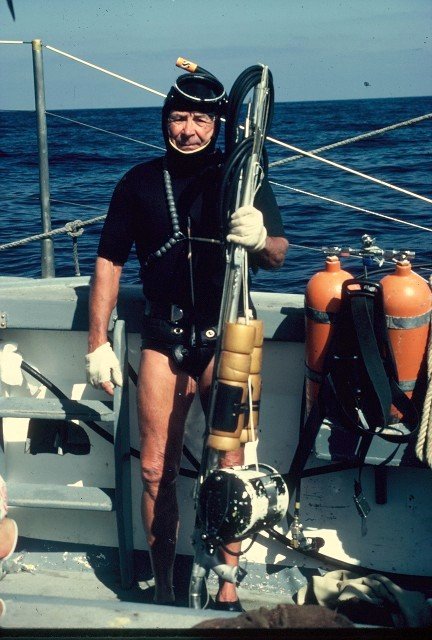 Jack Pradonovich (sp) holding his tuna gun. Notice two things: the gun has eight bands and the size of the reel is about the size of a basketball.

14:00 One of Tom’s best days spearfishing in the Sea of Cortez. Surrounded by Yellow Fin Tuna, a huge Wahoo, massive Amberjack, Grouper and just one of those special days on the water.

21:00 Tom’s favorite two species to hunt are Yellowtail Kingfish and White Sea Bass. Tips for finding locations where Yellowtail are schooling and the technique he uses to shoot them when he’s in the right place. Bait species that Yellowtail chase including Mullet and Mackerel. 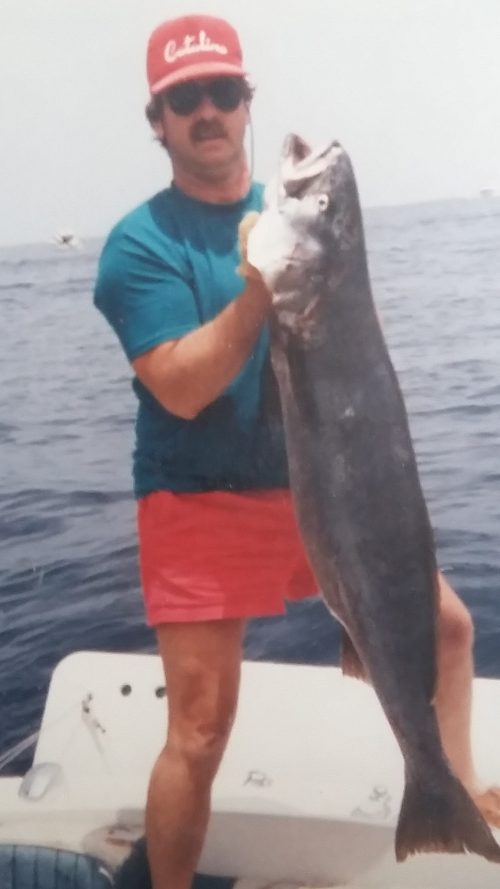 Tom Blandford with a White Sea Bass: This fish was shot at catalina Island. It may have been the same trip where the white shark was speared off Eagle Reef

54:00 The funniest moment he has had out on the water. Watching a Yellowtail try and keep up with a school of Bluefin Tuna

To reach out to Tom email him at mvgracias45@gmail.com 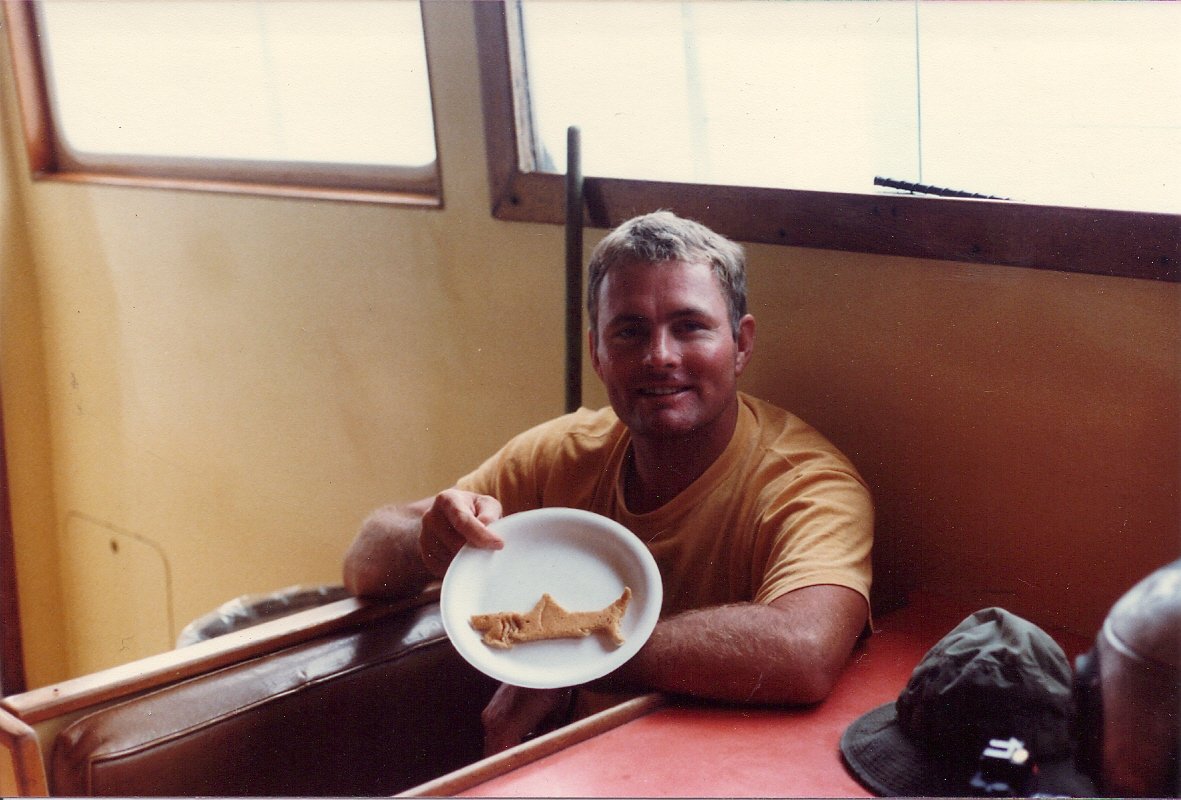