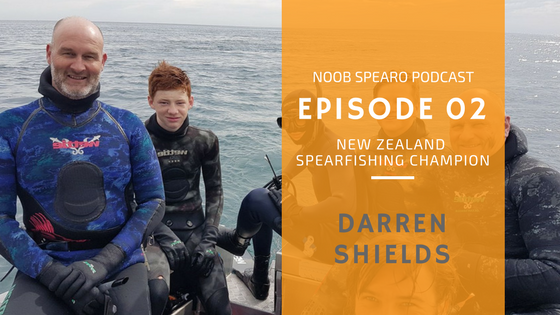 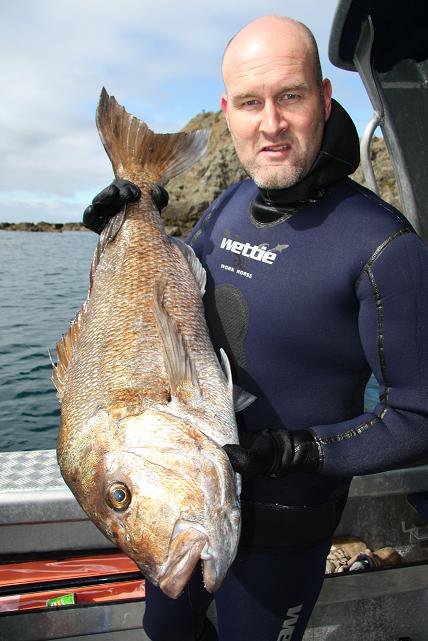 6:00 Pulling his best mate of the bottom of the ocean drowned

17:00 ‘Fishy Business’ Darren’s spearfishing segment in the show + advice about scripting vs going with the flow 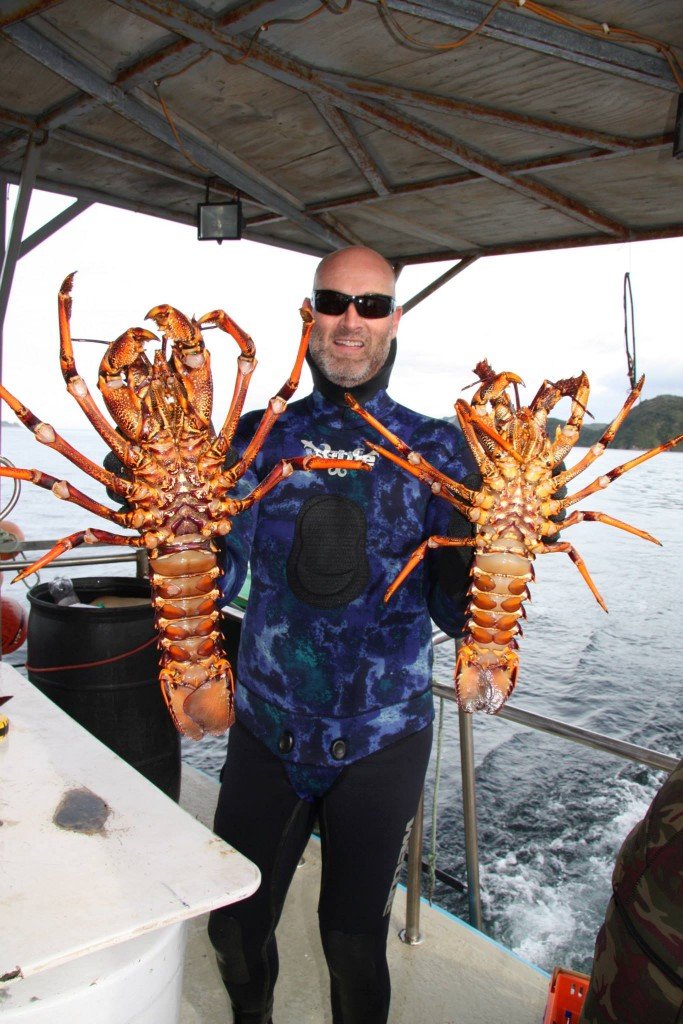 Darren Shields with a couple of cracker Fiordland NZ Crayfish

Here is a brief transcription from part of the interview

Shrek: What were some of your biggest obstacles you faced starting out? You had plenty of guys to dive with because of your dad and his network of friends. Did you start with hand-me-down equipment like the rest of us?

Darren: Yeah, I was going to say, equipment was the hardest thing. These guys today are spoiled for choice and you  get guys that go overkill with gear and they  get too carried away. Whereas the old guys, I still remember Dad and his mate making me a little neoprene vest and it was the first real piece of equipment that was mine. And it was only a little vest and I thought I was made, swimming in the wintertime with that on when I was about six or seven but that was that. We didn’t have access to the good gear like nowadays.

Shrek: Yeah, I’ve seen some of your gear tutorials. In fact, we’ve got a bit of a getting started video guide going on on our website just for people starting out in the sport. You’ve got some great tutorials out there Darren, just kind of an overview on the different components of spearfishing gear, you have a very pragmatic approach to gear, so I have put some of those YouTube video’s up on our website until we have our own content up, but great videos.

NSP:048 Adventureman Dan Byrne
NSP:007 Trevor Ketchion Brisbane Local Legend (our words not his)
NSP:047 101 Spearfishing Buddy Protocol
NSP:193 Rodney Pacitti | How to Get 421k YouTube subs with RoKKiT KiT
We use cookies on our website to give you the most relevant experience by remembering your preferences and repeat visits. By clicking “Accept”, you consent to the use of ALL the cookies.
Do not sell my personal information.
Cookie SettingsAccept
Manage consent