The Free Freedivers and the long trip home with Luke SurgoWalker

The Free Freedivers and the long trip home with Luke SurgoWalker, by Turbo

Last weekend with a glamour forecast Shrek and I headed out of North Moreton Bay with the usual suspects (and I do mean suspect) J-Low (Jamie Lough our skipper) and Steve Djumisic (champ), to our usual stomping grounds around Cape Moreton. We were also accompanied by my partner Ines and her friend Nicole and Jaime’s mate Luke who has never been spearfishing before let alone shot a fish.

We made our first mistake early on this trip by leaving at 5:00 am only to arrive at our first spot with the sun already over the horizon. Summer’s on it’s way and unfortunately I think it’s time to get out of bed even earlier to get that good twilight session in. Despite our tardy arrival the conditions were great with good vis to 8m, a slight current, a very flat ocean and dedicated boaties.

I buddied up with Champ while Shrek and J-low were already in the water. J-Lo has a remarkable ability to drive the boat, pull up, gear up and be in the water before you’ve even checked out the vis over the side of the boat. Champ and I dived one up one down without seeing anything of note until I finally dropped on a small cod (grouper). It was a simple shot to take and we were off the mark. Shrek reported a couple of wary snapper and nervous looking parrot fish that showed him their backsides (the way he likes it) quick smart.

With little more to note we decided to move on and head to our next spot a reef further out. The visibility was incredible to the point that you could make out  the bottom from the surface in 25m of water. With the clear water and abundance of Surgeon fish around it was an ideal opportunity to get our noob Luke in the water and open his spearfishing account. Naturally as he’s J-Lo’s mate he should be the one to show the newcomer the ropes but alas the engine was cut and J-Lo was already half way through his first dive before anyone had even spat in their masks.

Not to bother Luke got himself kitted up in an array of hand-me-downs from creased plastic fins, to a 5mm wetsuit jacket with board shorts (business up top, party down below). And looking like the killer he was about to become we jumped in with my Rob Allen 1.2m gun and went on the stalk for the elusive Surgeon fish. A few moments into the drift and we were on to a school of brown gold. I loaded the gun, gave Luke the basic run down, how to aim, make sure to equalise etc etc and he was off at a hundred miles an hour. He took a quick breath, followed by a furious short dive, lined up a guest for dinner and took the shot…. And? Well we missed of course but from where I was the shot looked good but fell short by about 6 inches. I explained that due to the clean water the fish appeared closer than it actually was and he needed to get closer to the fish, put the stalk on it. I re-loaded the gun and it wasn’t long before we drifted into our next school with a quick brief he was off again but this school was a little cagey by Surgeon fish standards and lazily dived down out of range but never the less a shot was taken and I had the pleasure of re-loading again. This went on for a another drift and a few more reloads just to soften up my sternum. On our 8th or 9th attempt Luke honed in on a school and picked out a target. He dived more cautiously and this time levelled off taking his time to line up the fish. The trigger was pulled and the fish was doing circle work on the end of the spear like a ute at a B’n’S ball while we exchanged high fives. Luke had shot his first fish but not just shot it, he had head shot it and was pumped. This was the rite of passage Luke had earned – we dubbed the initiate Luke ‘Sergowalker’. The force is strong in this one.I

I’ve taken a couple of noobs out lately and I prefer for safety’s sake to just take the one gun and float. It also means I’m dedicated to helping them get their first fish and I’m not as tempted to go chasing off after something in the distance. Surgeon fish are a perfect fish to get a learner started on as they can often be found fairly shallow and are not to wary of a new diver. They hang around in decent sized schools so there’s usually plenty of targets and above all they’re good eating.

We headed back to the boat where Shrek relieved me of mentor duties so I could have a dive but true to Shrek’s form for the morning failed to get Luke onto any fish.

We decided to move on to our next spot when J-Lo sitting in the boat starts to yell and point to the stern whilst scrambling for his mask. I looked at him dumbly but managed to make out that something had fallen over the transom. That something was his Freedivers reel gun. I scrambled for my mask under the well kept tangle of rig lines and fins and dived in but it was all too late. I couldn’t see it at all, “How deep is it here”? “30m” came the reply. Sorry mate it’s gone I replied. My pigeon lungs can’t manage that sort of depth.

We moved on to dive another spot which was a great reef with large plate corals and bommies but again it lacked fish until I heard Shrek’s gun fire during my breath up. Fortunately for me the sound attracted a pair of mackerel to the scene. I dived on them and managed to pin one below the dorsal fin. I played him softly and had him in the boat moments later. Shrek and I continued to dive one up one down leapfrogging along the reef but would not pull in another fish from this spot.

Yet another move to a beacon this time where a large school of barracuda had congregated. Shrek and I started encouraging Champ to shoot one. And shoot one he did but thankfully it wasn’t too big and he shot it through the head. Once the fish was shot the school came alive with excitement. The commotion caused the larger fish in the school to dart in and out around us and they were getting really fired up.

It was time to move for the last time of the day and It was the last chance for Shrek to get some runs on the board. His bottom lip was hanging so low that it was acting like a sea anchor preventing him from diving properly. I soon decided I’d had enough and so had J-Low so it was time for a feed while Champ and Shrek dived on. Things were getting grim until Shrek called out Mackerel and plays out his first fish of the day. He was soon throwing the fish in the boat and sucking up his bottom lip at the same time, now that’s multi tasking.  The boys landed a couple more reef fish and joined us in the boat.

We packed up and headed for home, or at least we tried to. The engine started making a dreaded alarm sound and wouldn’t let us get over 8kts due to what we later found out was limp mode caused by water in the fuel. So began the slow trip home at eight knots. It just wasn’t the skippers day. J-Low had failed to land any fish, set free his favourite gun into the wild and now his pride and joy was dragging it’s bum home at eight knots whilst all the time making an annoying buzzing sound just to let you know that it wasn’t feeling well. As if the eight knots thing wasn’t a giveaway.

The trip home was hot and tedious and due to being on the lowest rung in the chain’o’command Surgowalker was promptly relieved of his seat in the shade by Shrek and soon turned a colour slightly lighter than the surface of Mars. Three hours in and morale was getting to an all time low but I remembered that in desperate times Bear Grylls says to give yourself small rewards and often uses red frogs as a form of motivation. We didn’t have red frogs but we did have some Coronas and it seems they work just as well. Thanks Bear. 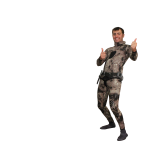 NSP:192 Paul Rodriguez | Hot Rod Spearguns
NSP:199 Australia East Coast Part 5 | Gunther Pfrengle | 60 Years of Sending It Spearing
NSP:168 Fully Rad Oregon Freediving Company | Daniel Semrad
NSP:157 Harry Foster the Master Chef Spearo
We use cookies on our website to give you the most relevant experience by remembering your preferences and repeat visits. By clicking “Accept”, you consent to the use of ALL the cookies.
Do not sell my personal information.
Cookie SettingsAccept
Manage consent