A journey to the deep… 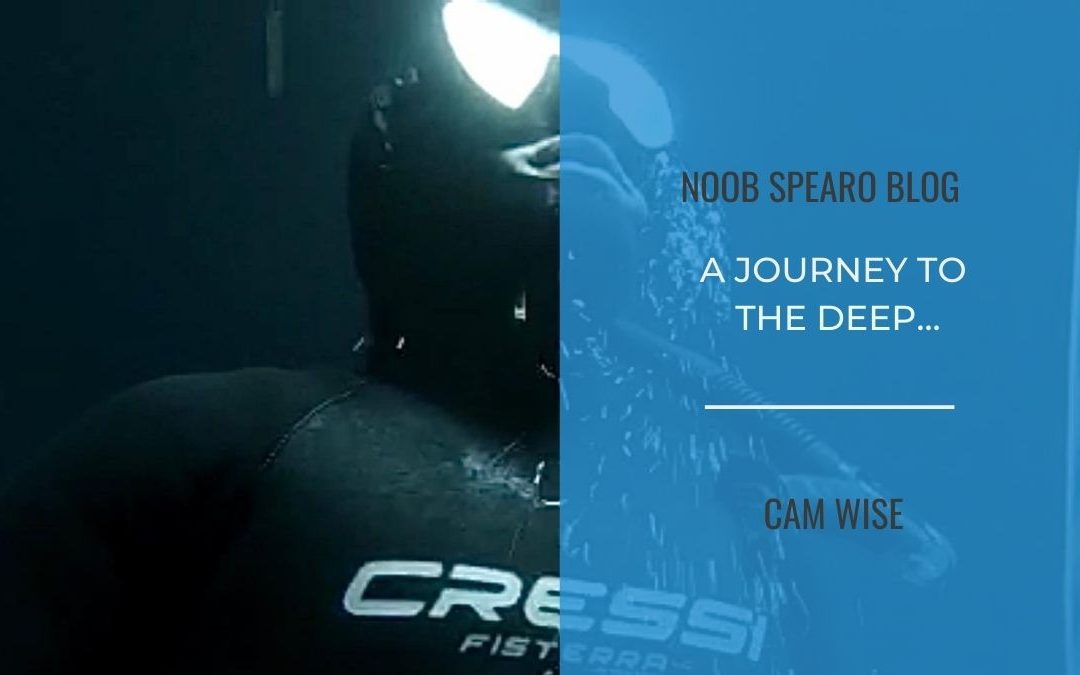 *a quick caveat from Shrek: Freediving and Spearfishing can be highly complimentary however knowing how they are different is essential so that you can spearfish safely. Freediving is holding your breath in controlled environments with close supervision. Spearfishing is most often done in the wild where your only safety device is your buddy. Because of this, freediving one time to a specific depth in a controlled environment does not correlate to spearfishing. You should not spear anywhere near your physical capabilities so that you always have a margin of safety. Fatigue and sustained diving all day also need to be factored into safe diving as well. Having said all this, freediving courses offer very practical benefits for spearos such as; how to conduct a rescue, streamlining, equalization, understanding of physiology and more. Just don’t expect or try to emulate performance freediving while you are spearfishing. The journey to greater depths takes time, experience, wisdom and opportunity with attentive dive buddies. There is no rush!

Back to Cam’s Experience

Recently I completed my Level 1 Freediving course with Adam Sellers of The Pressure Project and Eckart Rasson of Salt Sessions Freediving at the Kilsby Sink Holes in South Australia.

Whilst Kilsby is a spectacular place to dive for its crystal clear fresh water, it does have a limited feasible diving depth – unless you want to tech dive with the right equipment into the caves. Not recommended for a Freediving novice.

However, at the end of our course a few of us went on a secret mission to really test our newly acquired skills. 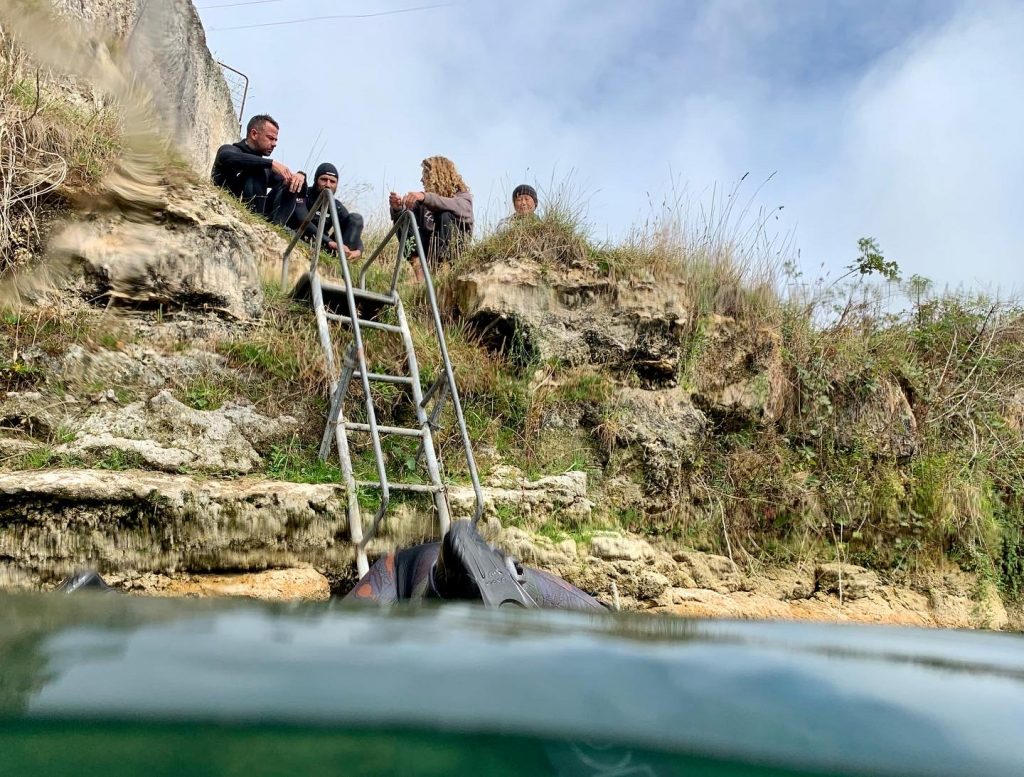 During this particular descent I was committed to only two things and neither included a ‘depth’.

The first: Can I equalise? The second: Am I comfortable? If the answer to both was yes, then I’d keep going, but if anything felt wrong then it was time to abort and turn back.

Well, after a significant ‘breath up’ and the support of some extremely capable and experienced friends, off I went, trying to make everything as streamlined as possible, finning efficiently and not looking down.

Before I knew it, with all the above in mind and the consolidation of a week’s worth of very deliberate practice under significant professional supervision (read: don’t try this at home), I was hitting the point of becoming negatively buoyant: where you no longer have to kick to force yourself down. You’re so deep that the weight on your belt is now pulling you towards the bottom and you’re not going to float. You’re sinking… sinking, equalising, trying to relax without trying to relax.

It’s getting colder, darker and the line that you’re attached to with a wrist band is starting to ‘wizz’ as you pick up speed.

Everything is going well but it’s colder, darker and the wizz is becoming louder, but so are your thoughts, much louder… should I be getting to the bottom soon? What if I’m going too quickly? Do I have enough oxygen to get back up?

What do I see?

Nothing… just the line disappearing into the very dark, very black abyss. Maybe it’s time to throw on the brakes, but, before I do, can I equalise? Am I comfortable? Yes. Yes.

Ok, keep going, let gravity do the work. The whole time during this dive I’ve realistically done nothing, just the decision to do it and a few kicks, the work has 99% all been in my head.

But no wonder, right? Your brain is trying to tell you with every one of its alarm bells to turn the hell back, you’re going the wrong way, oxygen is in the opposite direction, stupid! But the other half is saying nope, adventure lies below.

Which is what I love about it. A challenge, going places physically and mentally that most people wouldn’t dare or, realistically and understandably, even consider. But hey, why are we here, right?

I decide to have one last look before calling it, just in case it’s only a few meters away, because man, despite my commitment to those two questions I know myself and I know I’d be pissed if I was only ‘just off’. And… there it was. A tennis ball attached to the end of the line followed by a 4kg kettle bell.

So much excitement but so little time to enjoy it. I’d made it to the bottom, I held onto the line and had a look around. Trying to forget about the pressure I can feel and the overwhelming need to breathe (go on, hold your breath now).

There’s really not much to see. Not a lot grows without light but it was great to see it, the bottom, all the same, instead of hearing about it from others that had seen it and you just have to imagine. No more imagining for me. Must be great being an astronaut.

Then reality kicks back in, you’re only half way there kiddo, you need to get back up! The ascent is much the same but you now have hope and familiarity instead of fear and the unknown. You’re on your way to safety and your friends at the top, plus oxygen too. Talk about a one sided relationship you totally take for granted.

You’re on your way finning upwards but you have to work for it. It’s getting lighter now too and much warmer than you thought it was at the beginning. Probably on account of how damn cold it is down there, but those uncomfortable temperatures fall down the priority list when others, like breathing, take over in the hierarchy.

I see my safety buddy at about the half way mark, arguably the most dangerous part of the dive as it’s the most prone to shallow water blackouts. Adam escorts me to the top as I pick up speed and I become positively buoyant again. I burst to the surface where I grab hold of the buoy and everyone made sure I was ok. 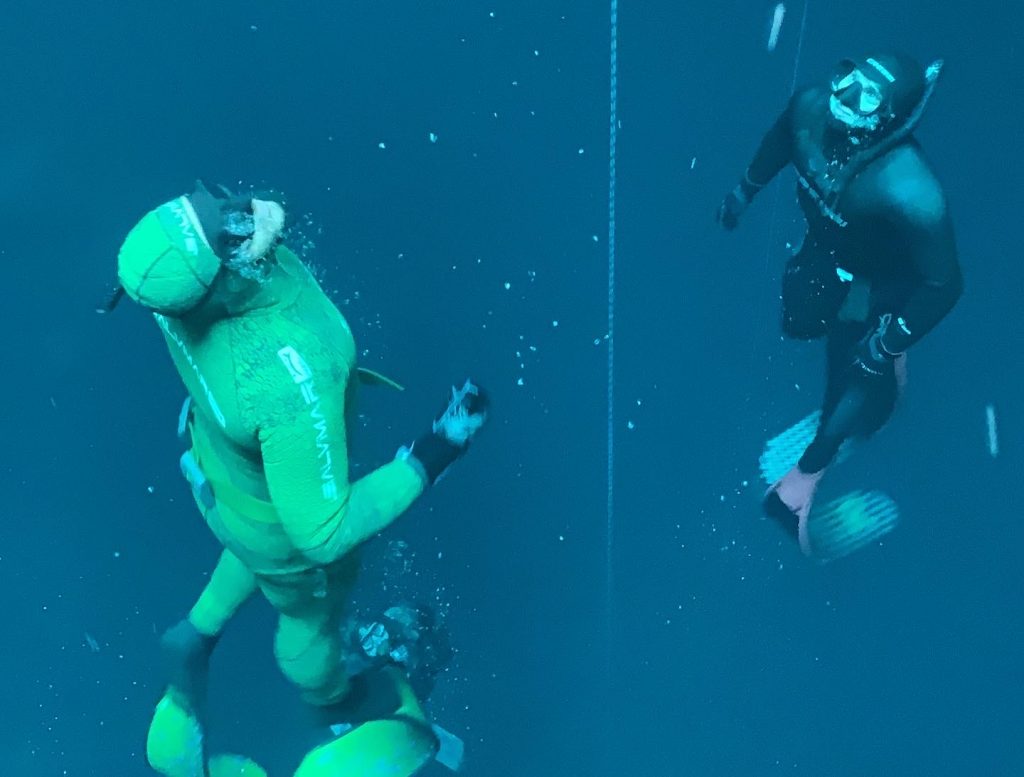 Everyone has a happy but relieved look on their faces as you’ve come to the top safely, then the look of anticipation and serious nods as they wait for you to give the ‘okay’ sign: an indication that you’re in control and not about to pass out. This is followed by ‘hook’ breathing actions that you employ to get oxygen back into the blood stream as quickly as possible. These are also called ‘recovery breaths’ and are useful and good practice for spearfishing as well.

Despite it being a joyous occasion, safety, friends, oxygen, the show isn’t over yet and the danger hasn’t left the building.

Eckart looks at my dive watch and looks away with a bit of disappointment mixed with concern and a wry smile. So does Adam, followed by Isaac. I pull my wrist to look at it as my excitement rises but Adam grabs it and holds my arm down, trying to hide his emotions whilst at the same time looking after my wellbeing and encouraging more recovery breaths. Now isn’t the time for any unnecessary strain on the body, just breathing and recovery!

It’s only a second later that I understand why, my heart is smashing my chest. It almost feels as though people might be able to see it through my wetsuit. He tells me not to smile and tries to calm the excitement on the surface between us all. Telling me to just relax with his arm around me like you might a child that’s just tripped over and needs some support before they take that massive breath and start howling. It’s weird but comforting. No one else seems to think it’s weird, it’s just part of it. You’ve literally just touched new limits and you’re pretty vulnerable physically, so no wonder.

A minute or so passes and I’m allowed to look. Everyone is focused on my reaction. I read the watch face and in massive, extra large text it says… 35.3m! 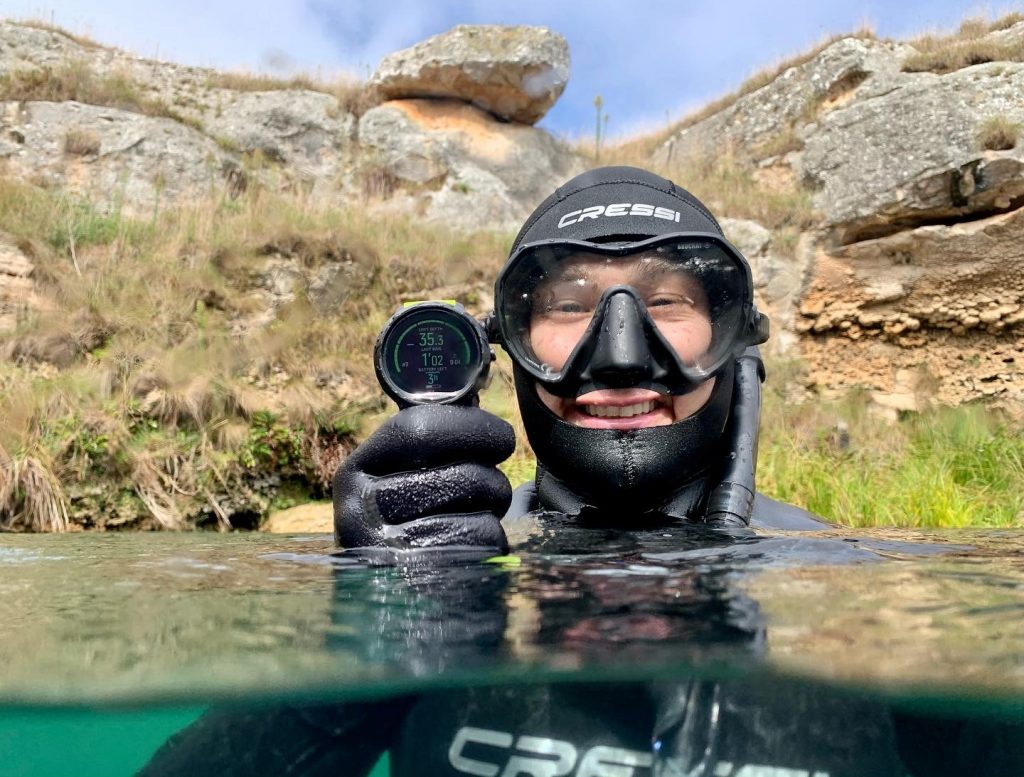 The biggest smile runs across my face, as it does for everyone else, there are more friends on the banks looking over that have already heard how deep it was, as the Chinese whispers worked as efficiently as they do behind the scenes when I was recovering. Everyone is yelling and splashing the water.

This is great! I can hardly breathe. I feel as though I’ve had a rock put through my chest and I don’t know whether to laugh or cry.

This was one of the best days of my life!

– watch our video of the trip to South Australia below! 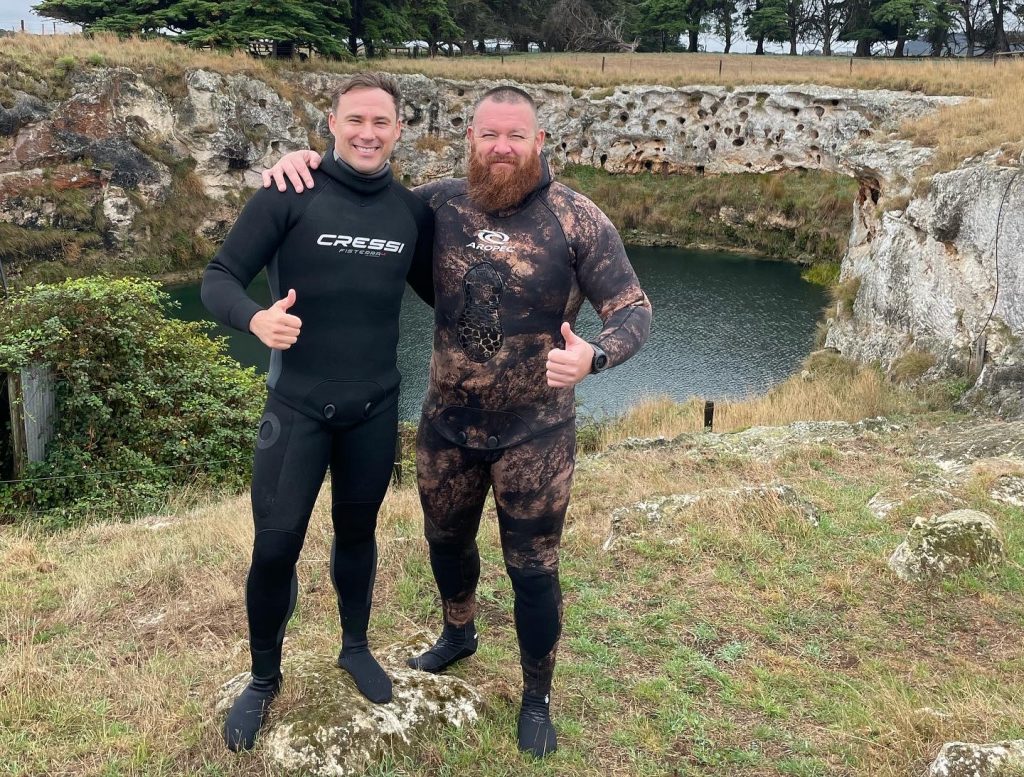