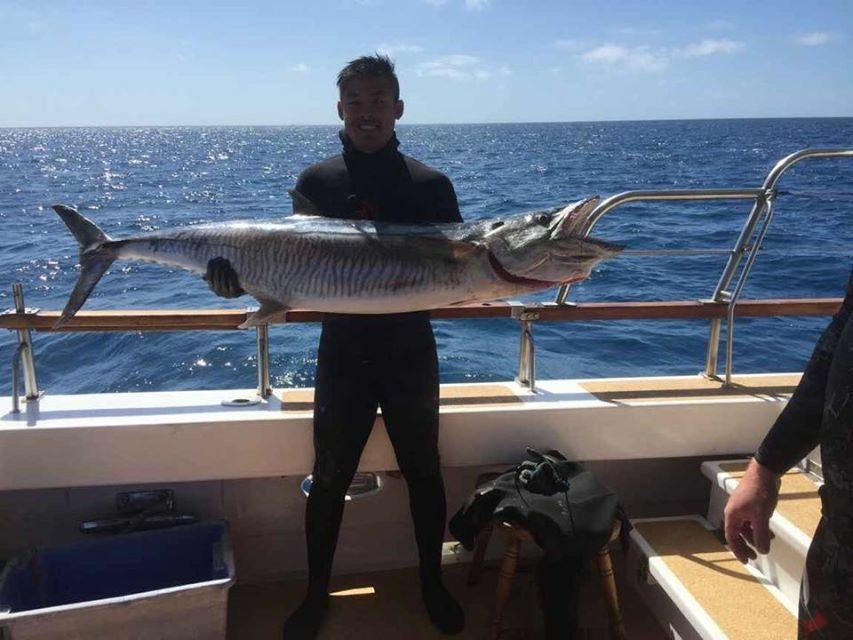 The first day we arrived at Swains Reef aboard Iluka Charters. The skipper provided  me with some advice on where to dive. I got in the water near the reefs edge to be greeted with a steep drop off. I took my flasher out with me in the hope of drawing in an inquisitive dogtooth tuna. After multiple dives though without any fish, I was starting to doubt whether this location held any fish. 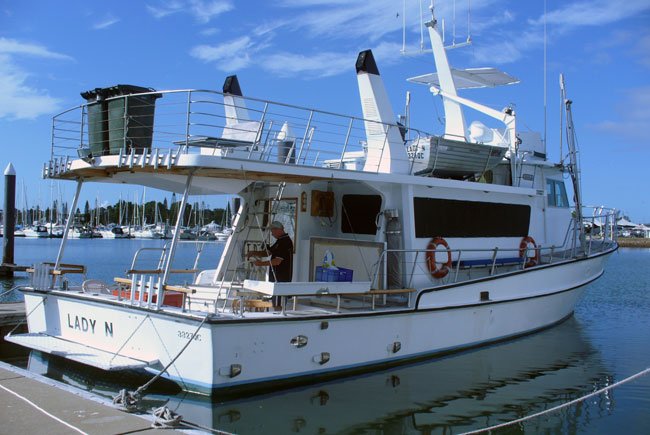 However, as I surfaced from one on my dives, I looked down to the flasher to catch my first glimpse of a very large fish that was slowly approaching the end of my flasher. The first thing that came to mind was that this was the Dogtooth Tuna that I have been wanting to shoot for a very long time. I took a few moments to breathe up and then began my decent.

As I was swimming down, I quickly realized that this fish was definitely not a Dogtooth Tuna but instead a large Spanish Mackerel. By the time I got down and level with the fish, it was swimming away from me. I began following the fish trying to get within shooting range.

As the fish came within range I knew that I did not have a great angle to work with for placing a good shot. I thought that if I didn’t shoot soon, I would lose my opportunity to land this fish. The fish kicked as it realized I was closing and as it did, it presented me with the angle I needed. I took the shot. My reel started spooling and my first instinct was to connect my belt reel.

My gun reel spooled very quickly and I was glad that I had hooked up to the belt reel. However the belt reel was now also being spooled at a rapid rate. I called my dive buddy over to lend me his rig line for extra insurance. I attached his rig line and the fish finally began to slow down. Every time I started to bring the fish up, it would kick and get further and further away. It seemed like I was losing the battle in this tug-of-war. The back and forth battle lasted for about 20 minutes and then finally it seemed as if the fish had finally given up. 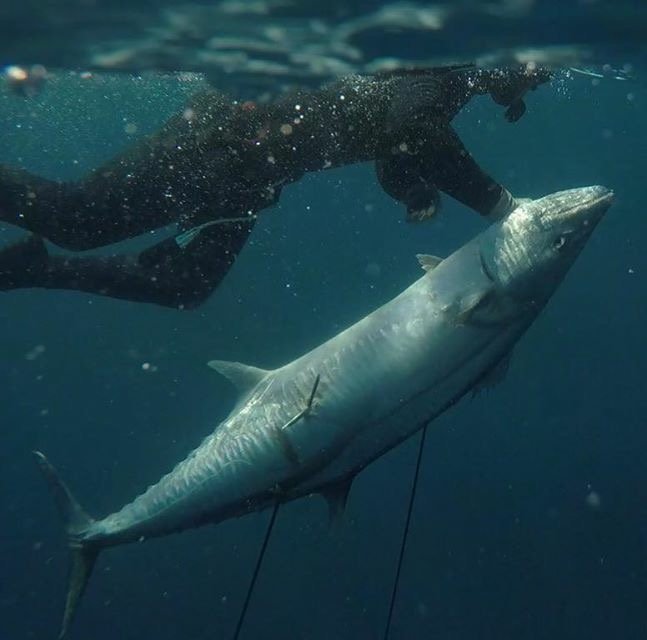 As I drew the fish to the surface, I noticed the shot I had placed wasn’t great. I instructed my dive partner to place a second shot in the fish. He quickly swam down, to get level with the fish and then took the shot point blank. To my surprise, his spear did not completely penetrate the fish, however it did hold.

With two spears in the Mackerel the battle was nearly done. My buddy and I pulled the fish to the surface. As I managed to get my hands in it’s gills I knew I had won. The battle was finished and I had shot and landed my personal best Spanish Mackerel.

Later when we weighed the Mackerel it came in at 36.8kg! 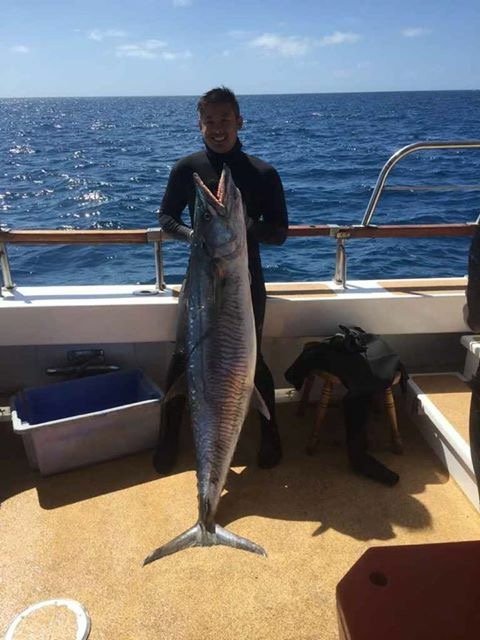 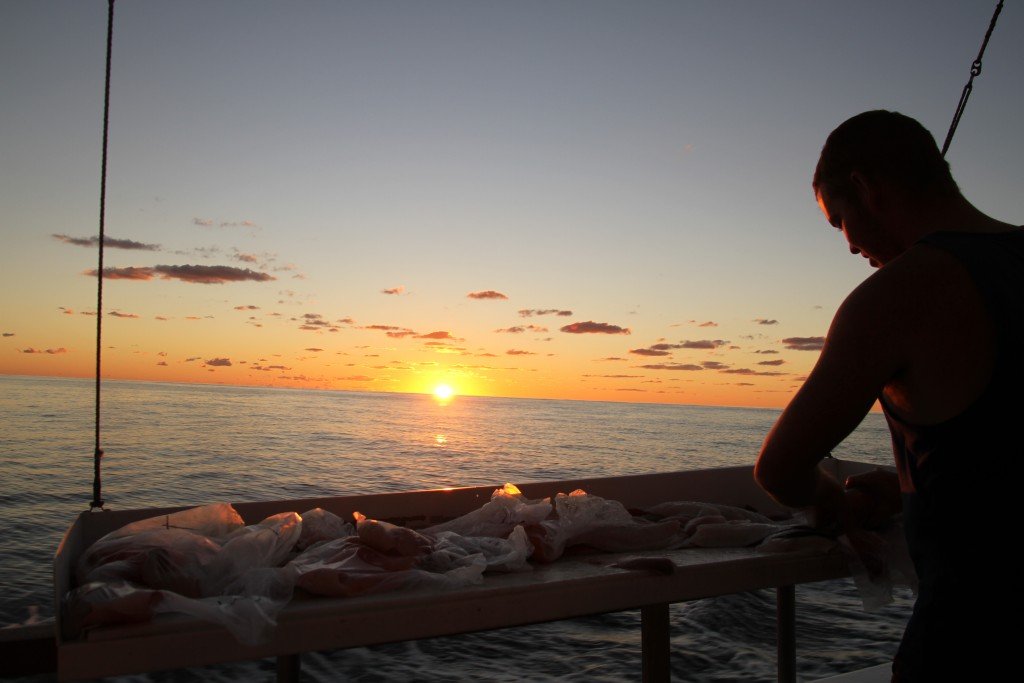