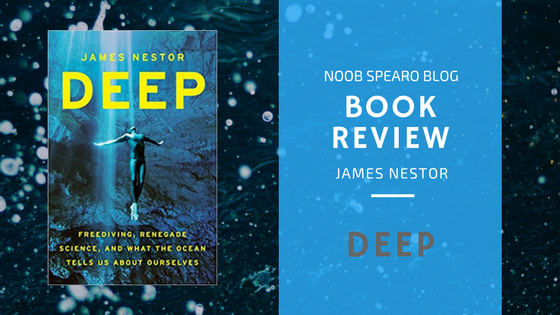 This book pissed off a few freedivers and scuba divers so I decided to read the book myself and see what all the huff was about.
Thanks to Chris Schlenner who reached out to me and recommended the book. He enjoyed it and so did I.

So here is my Deep book review

James Nestor began the Deep book project with no exposure to freediving and for me this is one of the books greatest appeals. Throughout the book you travel vicariously along with an inquisitive journalist who learns all about the ocean, the human body and many of the ways humans have studied, lived and interacted with the ocean since records began. He travels places and learns things that I would love to do myself such as going deep in a submarine, observing (successful) scientific experiments with marine mammal communication, meeting and learning from highly experienced freedivers and living underwater in a research station.
At the beginning, Outside Magazine send James to report on a deep freediving world championship in Greece. In this, his first encounter with freediving, he see’s many freedivers arrive back at the surface in various states of hypoxia. Some freedivers arrive back at the surface with bloodless, oxygen deprived faces and others in worse condition with blood running from their noses, bloated necks, convulsive seizures and even some with the appearance (and heart rate) indicating death. As you can imagine this would be a rough way to be introduced to freediving.
After his experience and for the remainder of the book he takes on a fairly critical attitude towards competitive freediving but thankfully he meets some divers who do it for other reasons. Throughout the book he speaks about his struggles and obstacles learning to freedive. Basics such as equalizing and taking a skype session with Ted Harty kept me engaged. Then getting past his blackout fears (that stemmed from watching the Greek world championship) pulled me further in. James’s own story accompanies the books trajectory well. One of my favorite sections is a neat commentary on what is happening to the human body as it descends deeper. 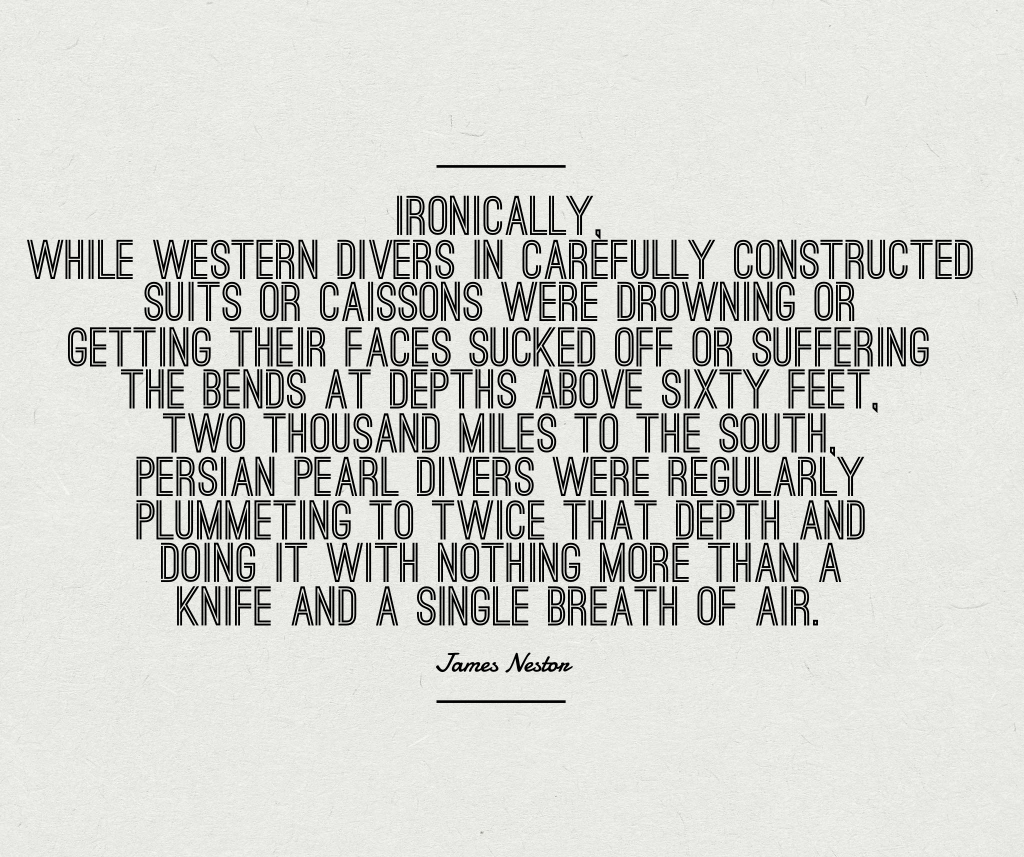 While generally the book has a kind of serious feel to it, at times Nestor’s writing voice is hilarious and I enjoyed his style. For example; Nestor on Reunions (French colony) beer.

“The local beer, called Dodo after the extinct bird that was (wrongly) thought to have inhabited Reunion, tastes vaguely of soap.”

Stuff like this made me laugh and it fit in well with the flow of the book.
He also shares quotes he found funny like this one.

“Scuba diving is like driving a four-by-four through the woods with your windows up, air conditioning on, music blasting.”

I can see why some scuba divers started filling the water column with even more bubbles when I read this. This off-hand quote reminded me that I was once also sold on the scuba diving instructor dream as a naivete 18 year old. I enjoyed scuba diving for many years but once I started freediving, scuba always seemed so cumbersome and unnecessary. It beats not going in the water at all though but it comes in at a distant second place to freediving (IMHO;).

Who Should Read Deep?

This book is for people interested in learning more about the marine environment and like a fresh perspective. While written for a lay audience, there are a diverse range of stories, research and facts to keep any ocean loving person engaged. Don’t be put off by the critics as readers who enjoy extending their knowledge will find no shortage of interesting facts, current research and stories to digest.

I learned a hell of a lot from this book and enjoyed the read. If you have read Authors like Jon Krakaeur you wont be alarmed at the constant switches between narrative story-line and background research and reporting. I found Nestor’s style informative and entertaining as the multi-faceted approach gives you the scaffolding you need to understand the basic concepts that are being discussed.
Thanks for reading my Deep book review, be sure to check out the links below and tell me what you think about the book! 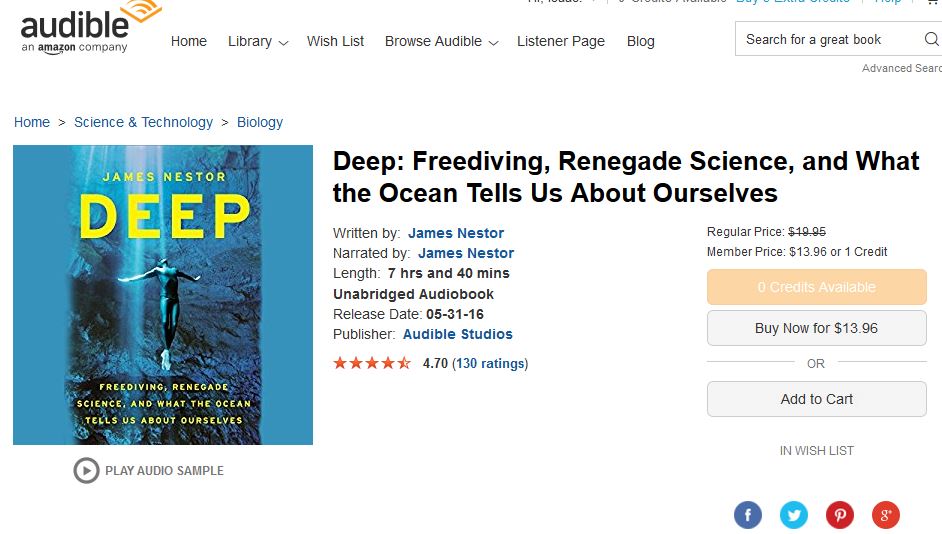