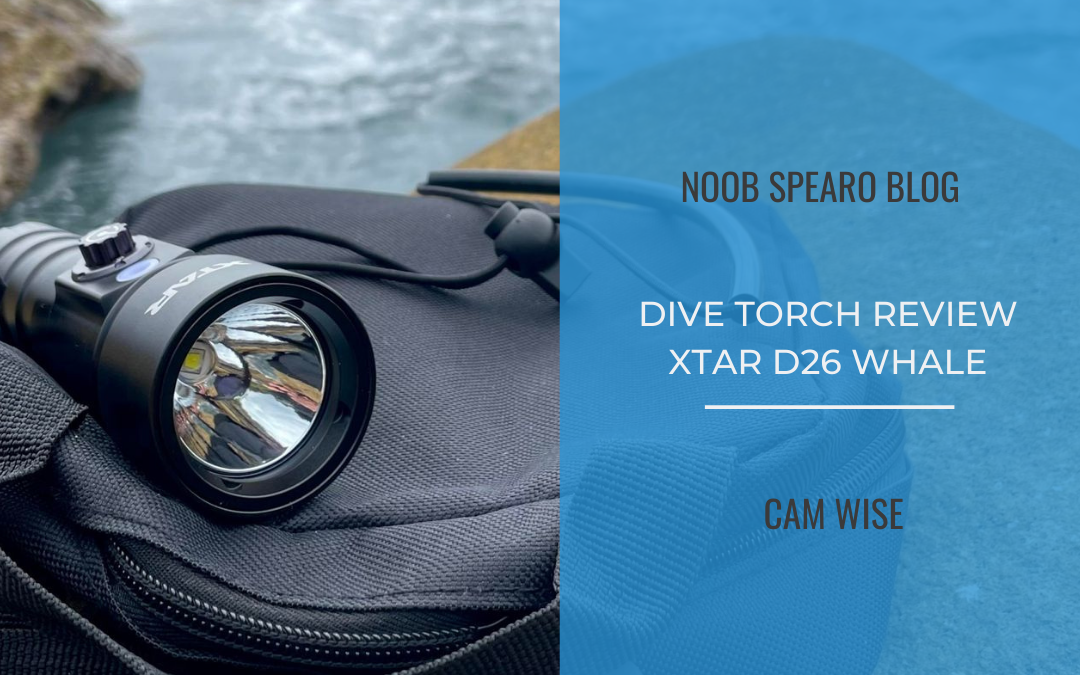 “Overall, this has been one of the best dive torches I’ve used. It’s bright, durable and easy to secure.” – Cam

Cam lives and dives mainly around Sydney although him and I have dived in Victoria and South Australia using this torch. I asked Cam to put together a review based on the hectic use he has given it chasing mainly Eastern Rock Lobsters. Here is the rest of what he had to say. – Shrek

In particular, the brightness of the XTAR D26 Whale is great, and is probably the best dive torch I’ve used for both brightness and illumination. It has four brightness settings, getting up to a strong 1100lm, which can apparently reach up to 310m on land but also makes a solid effort under the water.

The torch has what it calls the “unique side switch (patented) and power indication”. The power indication light is a really handy warning tool. The light is green normally, but it turns to red when it is between  25% and 5% and then flashes below 5%. The locking mechanism of the side switch takes a little bit to get used to. You need to hold the switch down and then twist it to the left 90 degrees to lock it in place. While locking systems are good so you don’t bump it in tight spaces, this one can be a little hard if you need to use it with one hand or a thumb if your other hand is otherwise occupied (such as reaching for a cray). 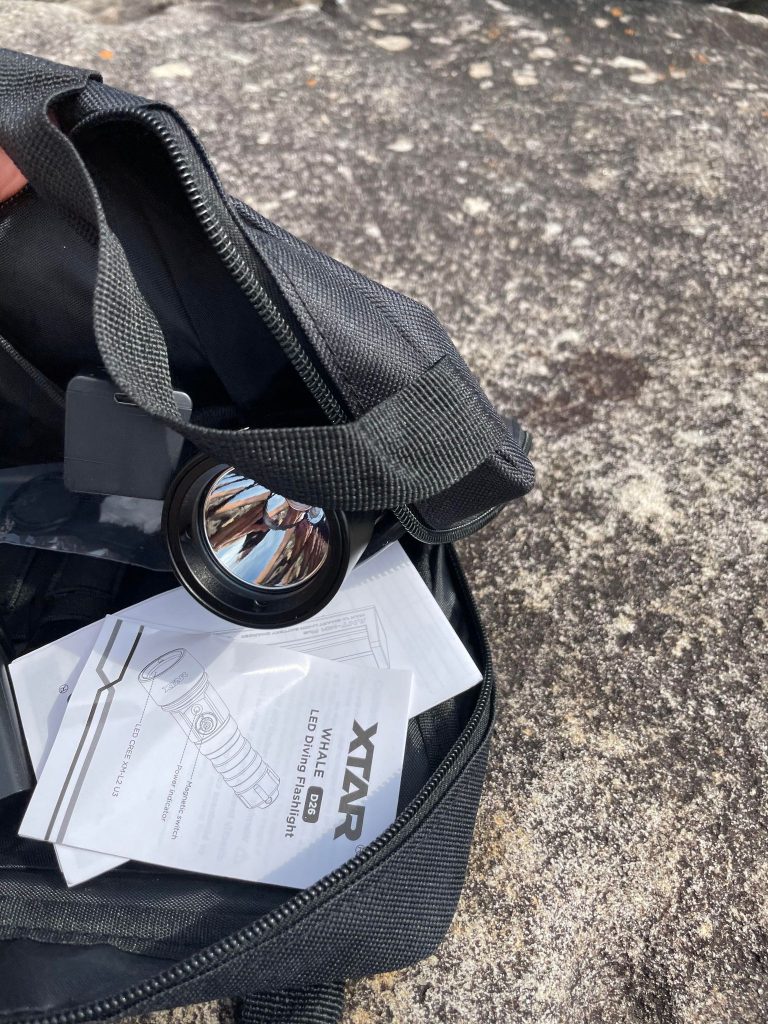 At almost 300g it is a bit weightier than most, however, I actually don’t mind that and it doesn’t impact much as soon as you’re in the water.

The lanyard/wrist strap that’s included is actually really good. It might not sound important, but the length of it is long enough to be able to stow it and the toggle doesn’t slip when locked, so you can keep it tied to your wrist without worrying. This is important when it’s not in your hand, as you often can’t feel it through your wetsuit or glove.

The quality seems to be great and it has been relatively maintenance free. I’ve been using it for over a year now without any issues of corrosion or any water appearing to get into the working parts. However, there are two spare O-rings included in case you need them. 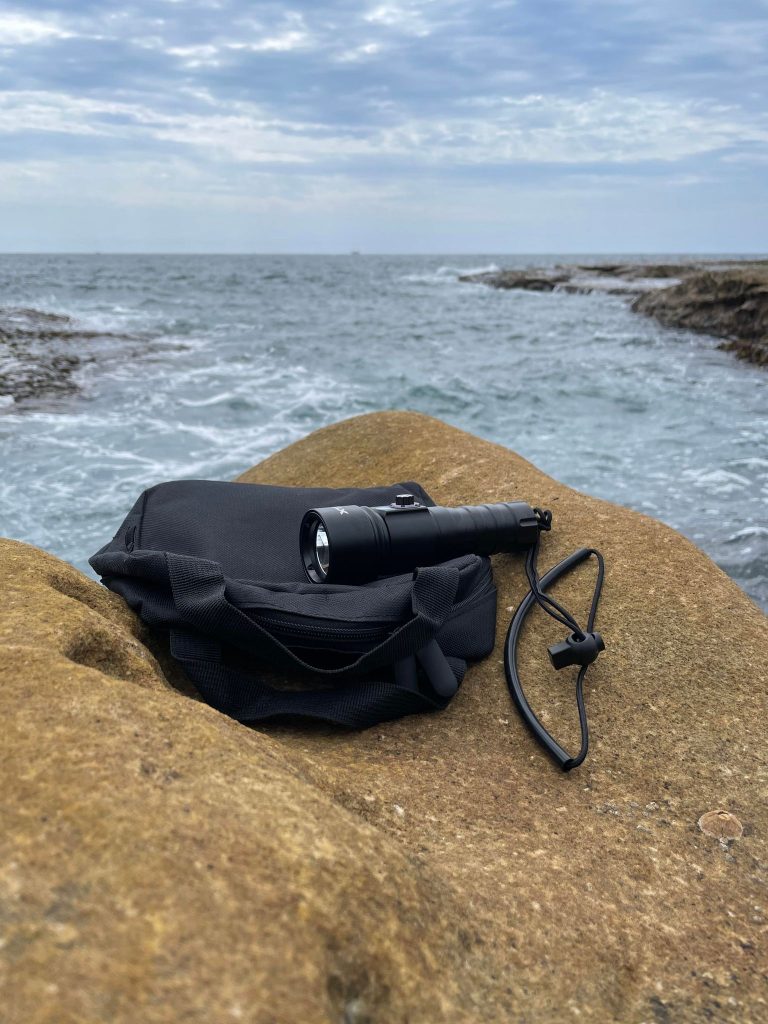 A fun addition is that it also has a standard tripod screw hole, which allows it to be fixed to items such as a dive photography system, a handle, or a wrist mount. 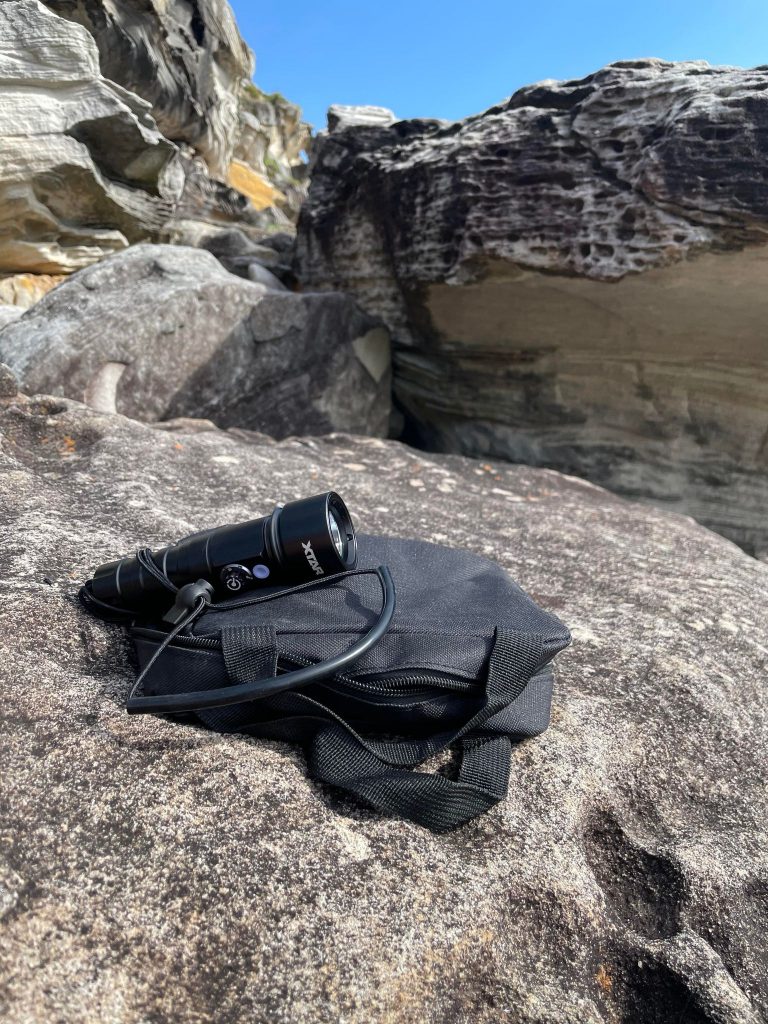