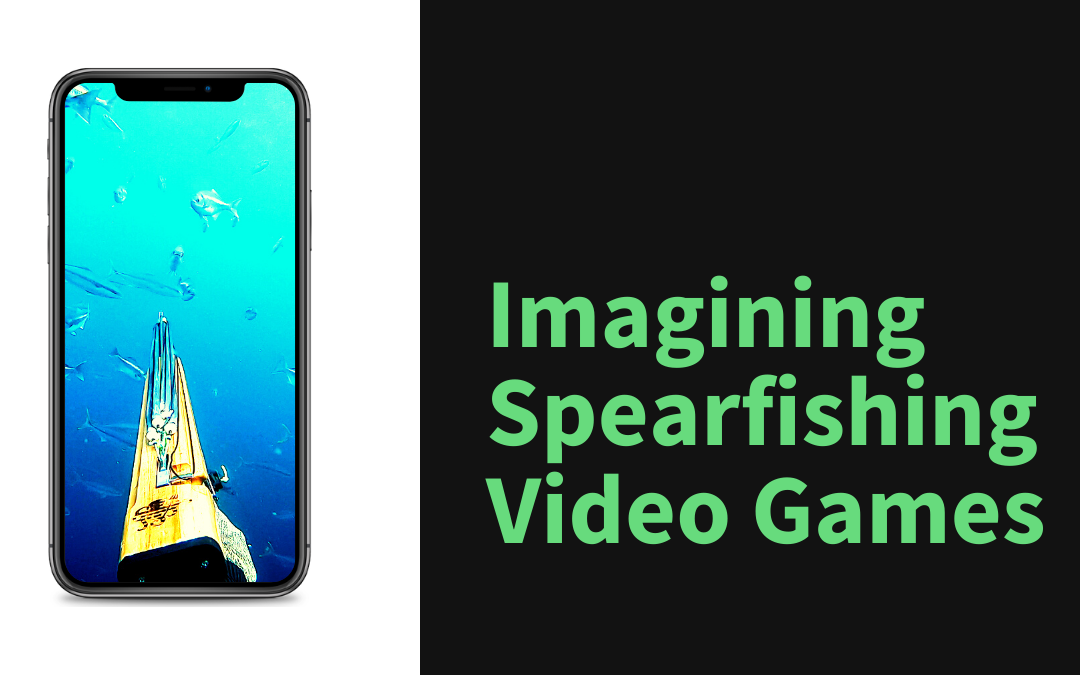 If you consider how many different video game titles there are, which cater towards people who are fans of, or partake in various hobbies and interests, it could be considered strange that spearfishing is rarely something covered in this genre of popular culture. Video games can often spark an extra interest in whatever activity they’re based upon, so it would be good if they could be used to attract a new audience to spearfishing, too.

These titles are often also used as a different way for people to enjoy their passion during some downtime, or sometimes develop their craft further, by mimicking and practicing the actions they use on the racetrack or on the field, for example. But amongst the plethora of titles available, there’s only a few that reference our favorite pastime.

One of the most notable games amongst that handful is Freediving Hunter: Spearfishing The World, which was released on the Xbox One and on the PC. It was received quite well, with people enjoying how unique it was. Now, as people are gaming on their phones, tablets, console and PCs, it would be good to consider what options there could be to encourage more people to sample the underwater experience.

There has been a huge rise in the number of people picking up Virtual Reality capable devices over the past few years. In our article on ‘Training for Spearfishing’, it’s clear the best training available is spearfishing. Whilst this maybe true, it may not be possible for people to get out into the water as regular as they like. So, a realistic, VR based experience would be the next best thing. The immersion offered in VR is second to none, after all we’ve already noted, people in other disciplines utilize gaming to better their physical and mental skills. Bringing the underwater experience into homes via VR could be the ideal way of showing off everything that our activity has to offer.

Away from the ultra-realistic world of VR, there could be a place for a simpler, more accessible title. After all, Ridiculous Fishing, which was released on mobile was a huge hit with gamers, not just fishermen and women. Some of the biggest hits found in the app stores are the simpler titles, which soon gather a massive following due to their easy to pick up and play elements. With over 6 billion people now owning smartphones, is there any better way of raising awareness of the thrills of being a spearo, than introducing it to the commuter friendly platform?

Another growth area in gaming is online slots with more people taking to that pastime during the last 18 months. One reason is that there’s an almost endless choice of titles available. Amidst that limitless variety of slots now online, Foxy Bingo’s games currently feature a few titles that actually relate to fishing. “Fishin’ For Wins” and “Slingone Fishin’” for instance take slot players to the seas. With their bright graphics, and cool mini-games, they’ve proved popular. There are now fishing, and scuba diving slots already so it would be fantastic to see spearfishing represented, too.

Mini game in a huge title

Now we’ve thought about games in their own right, which spearfishing does deserve. But over the past ten or so years there’s been an explosion in mini-games within bigger titles. Some of which have then gained that much interest that they’ve sparked their own following. In Grand Theft Auto for example, there are so many people that head into the game just to compete in the mini-games available. Spearfishing could be a real addition to the next GTA game, it would certainly fit in with the title. Boats are available in the game for players to ‘buy’, so the natural progression would be to introduce the option of becoming a spearo too, right? The exposure gained from spearfishing being introduced to this franchise alone would be stratospheric, putting the activity firmly in the mind of the gamer.

We hope you enjoyed our look at the some of the options to bring spearfishing to a wider audience, raising more awareness and hopefully growing the numbers of people who are getting involved.