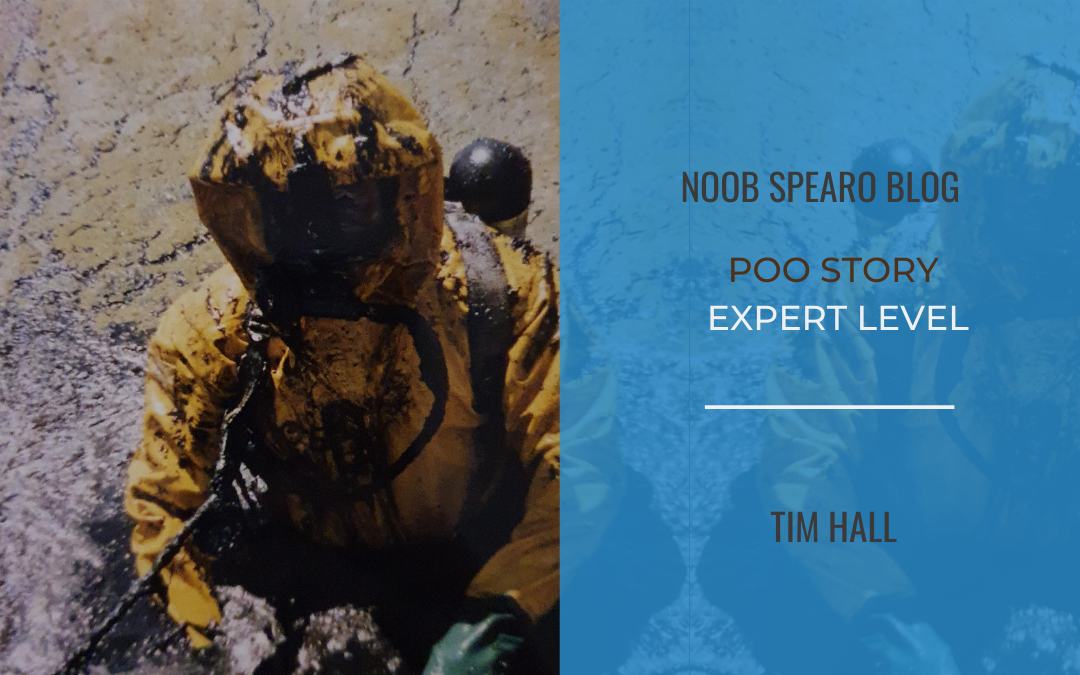 This is a quick (1 min) story from a member of the Noob Spearo Community. Certainly gives you some ideas about working as a Police Diver! – Shrek

Hi mate, I’ve been meaning to send these to you for ages. This will make me the undisputed poo story king!

I was a member of the AFP’s Police Dive Squad for about 7 years back in the late 90s to mid 2000s.  These pics are of me looking for a sawn off shot gun that had been used in an armed hold up.  The crooks drove past a sewerage treatment plant and the Detectives thought the gun might have been thrown in one of the settling ponds. 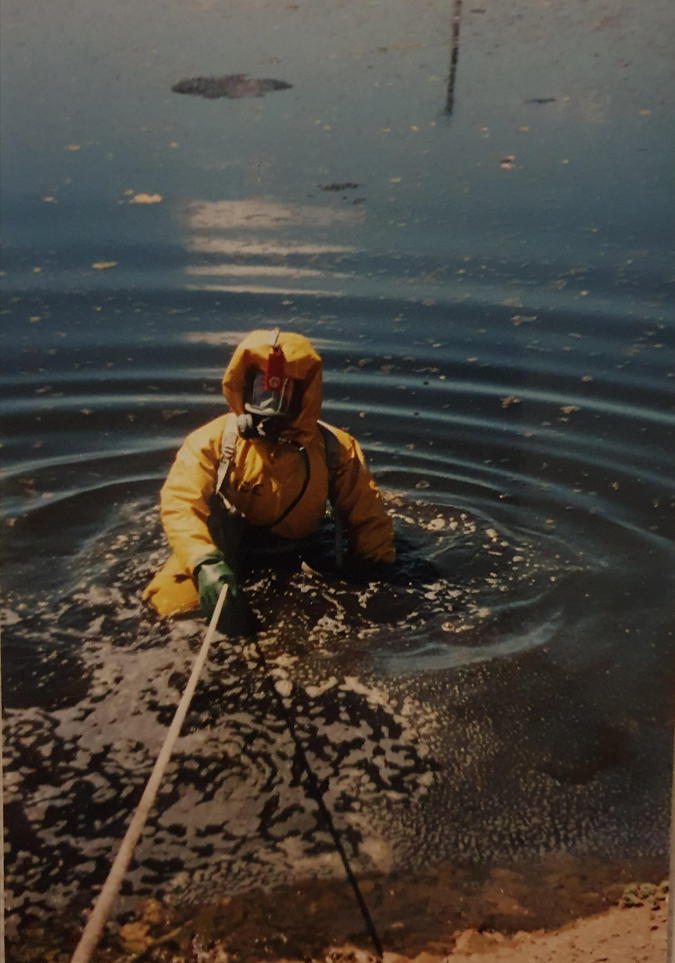 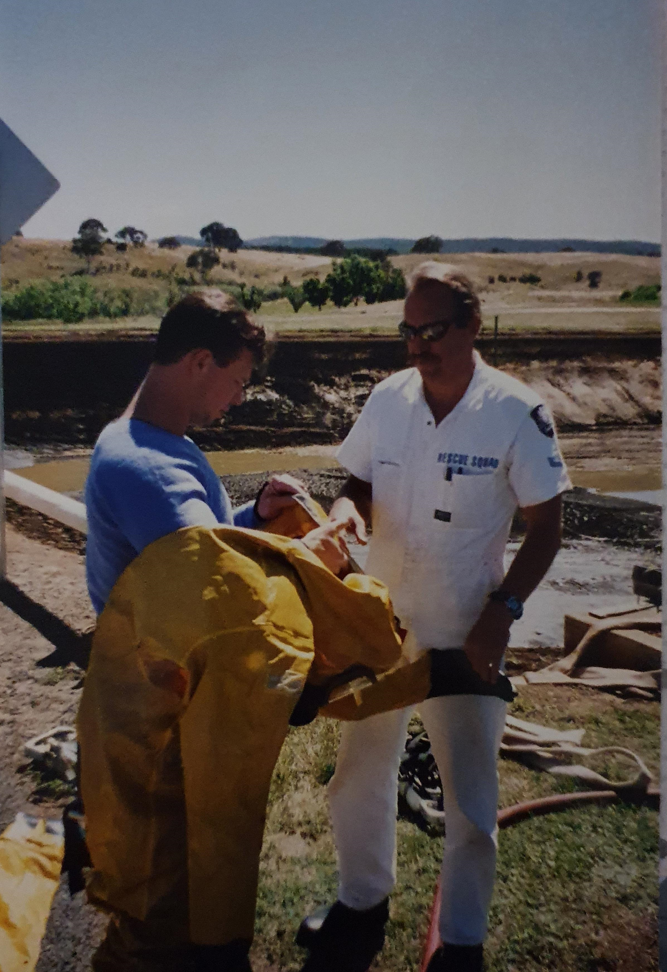 I was on overtime, so I had to take one for the team!  That said, the air was a lot cleaner and smelt a lot better inside the suit than it did for the boys watching!

I was wearing a chem suit which bloody filled up with air and from memory, I had to wear 40-50 pounds of lead to get me to the bottom.  It was so viscous that fins were pointless.  I just had to drag myself along the bottom doing arc searches.

The saying I was up to my neck in shit doesn’t do it justice.  I was literally in deep shit!  6 meters deep!

Shrek “What a cool gig – besides the pooventures of course. Dead bodies decomposing would be rough too I guess?”

Body recoveries were the downside to the job and unfortunately, I was involved with a few.  Almost all our diving was in zero visibility and the adrenaline pump you get when you find the body in that environment (by feel!) is something I never want to experience again.

Fortunately, we never had to recover one that had decomposed too much.  Unless a body is weighed down well, the gasses that generate inside as decomposition starts, floats them to the surface within a matter of days.  The warmer the water, the quicker the process.  Divers aren’t usually required once they are on the surface.  Water Police take care of that (or they did back in my day).