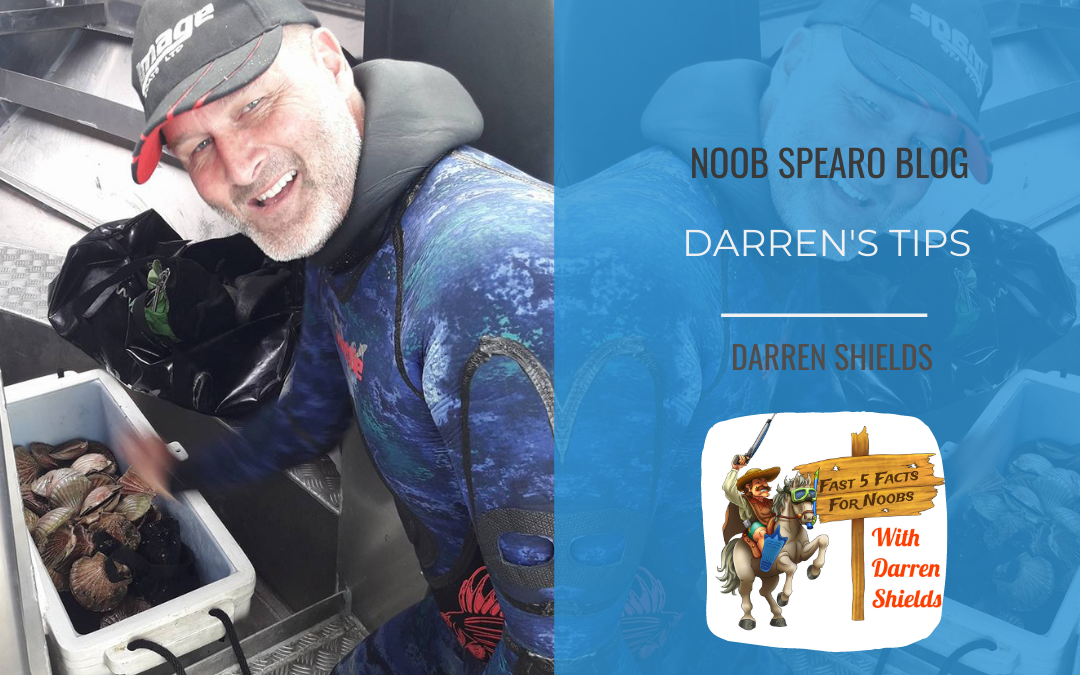 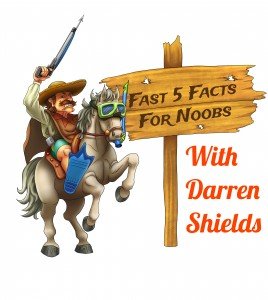 Turbo: Alright Darren, now we’d like to ask you or do our segment called the Fast Five Facts for Noobs. It’s where we ask you for your top five pieces of advice for the noob starting out in spearfishing.

Darren: Just good, basic kit that gets you started that’s of good quality. Number two, don’t overdo it. Don’t push it, no fish is worth it. Number three, become a good hunter. You can be the best athlete in the world, but if you don’t know how to hunt a fish… some of my best mates have been amazing athletes, but they can’t hunt a fish. They don’t know how to find the fish. Learn to hunt, learn to hunt and that just means spending lots of time in the water. I’m not a great fan of the freediving courses and things like that because the guys that take you out and have done them, I don’t know that any of them have ever become a better spearfisherman. And honestly people could spend that money better going on a dive trip. I mean from a safety point of view, those freediving courses are great. As far as turning you into an amazing spearfisherman, please don’t do a course thinking that’s going to happen. Another tip, learn a bit about tides and the weather and things like that, how they affect the areas you fish. And understand that different parts of the year you’re going to get different visibility, you’re going to get different fish in different times of the year. Again, that goes back to the hunting side I suppose. Is that five? I think I’ve got five.

Turbo: Yeah, I’ve got four there. You’ve got one more for me, Darren?

Shrek: One more bit a go, for the nerves?

Darren: Be kind to your mother.

Shrek: So we’ve got don’t over complicate your gear, dive to your limits, three, become a hunter, four was learn your tides, conditions, etc., and number five was of course be kind to your mother.

Darren: Give her a feed of fish.

Shrek: That’s excellent, Darren. Have you got any other message you’d want to send to our audience if you had the chance? What would you like to say to them?

Darren: Well, I think, look after what we’ve got, you know, don’t overdo it. We’ve already talked about the fishery stocks and things like that. I think that’s really the key thing for me now as an older spearo. And having seen what I’ve seen, and I’ve overindulged and taken too many fish, I’m not holier than thou. But honestly, I think with the changes, the way the world’s going, there’s more greenies and things like that which is fair enough, they might start making decisions and choices for us that we don’t want. But [Tweet “if we’re (spearo’s) not looking after it, they’ll do it, so just be careful”].

Turbo: I think we’re already seeing that here in Australia with the Gray Nurse Shark habitat. I know that Simon was talking about that last week. So yeah I think that’s great advice.

Read more about Darren Shields and his journey getting started spearfishing