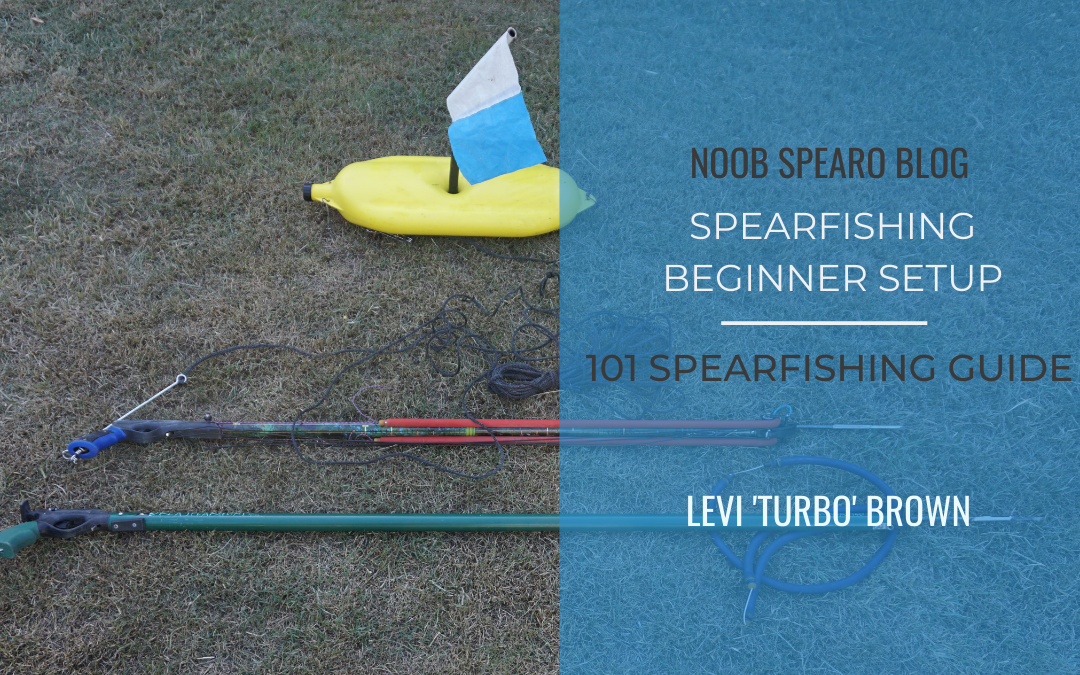 The spearfishing rig line setup has been around for a long time and has always been most spearo’s go to set up. It’s simple, practical and safe however, in recent times the popularity of the rig line setup has wavered for the increasingly popular reel gun. Despite the reel gun resurgence the rig line setup is the best option for the beginner and is still used by expert spearfishermen every day. It is also mandatory in many competitions. This article will look at the setup and how it’s used.

First of all let’s look at the components of the rig line set up. Generally there is a float and flag, rig line, speed spike, and gun. Simple! 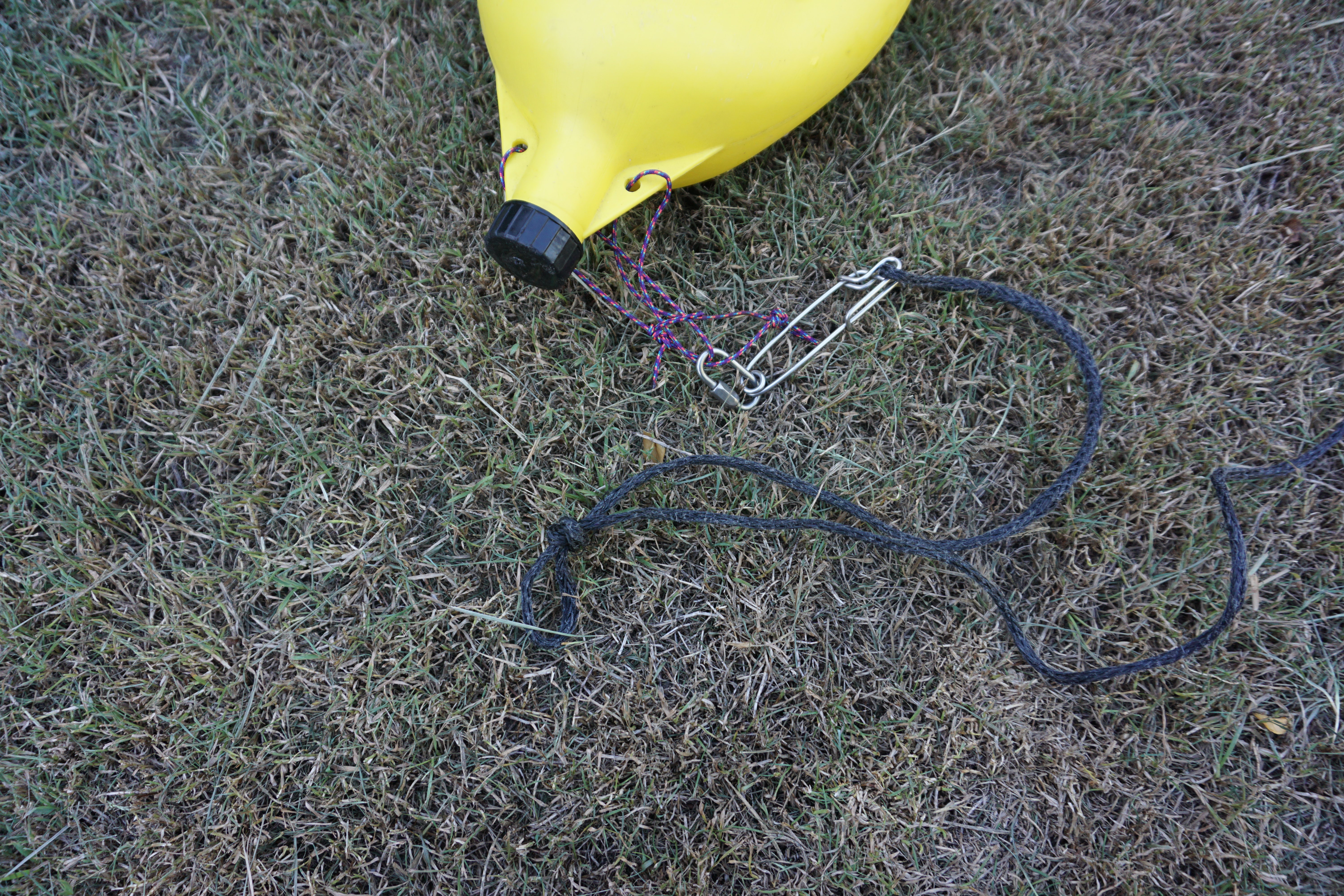 Spearfishing float and flag. This float is hard plastic with alpha flag and lead keel. Notice the shark clip and float line with keeper knot for holding strung fish.

This setup consists of the float or buoy with the blue and white dove tailed alpha flag or the diver down flag, a red flag with a white horizontal stripe. The float will have a shark or tuna clip in which the rig line is attached to. The float will be weighted or keeled so that ir rights itself in the swell.

The float and flag ensure you’re visible to boats so you don’t get run over. It also ensures you are visible to your boatie so he can find you when he needs to. Trying to find a diver without a flag and float in swell and wind chop can be extremely difficult particularly in the glare of morning or afternoon sun. Should you get lost at sea the float can be put on the end of the spear and waved in the air to signal the boat. The float also provides a means of flotation if you get tired.

A good float will have points where you can attach other objects like flares, water, a whistle, and reflectors. It should be able to be towed behind the boat without diving under the surface. Floats can either be hard or inflatable but for rockhopping I recommend a small hard float that won’t puncture.

Next is the rig line, 15m-30m of floating rope. This rope needs to float so that it returns to the surface after each dive reducing entaglements with the bottom. The rig line will have a loop spliced on each end. One end attaches to the float while the other is attached to the speed spike.

As with everything these days there is every option under the sun from hardware bought rope to state of the art dyneema cored floating tube. The main thing to remember is that it needs to float, not tangle, and be strong enough to land your fish. I personally use a 15m, 20m and 30m length. All three are different types of rope but all float and are all relatively tangle free. All have loops spliced on each end. I find these three lengths allow me to cover all my diving applications.

The rigline attaches the gun to the buoy preventing the gun from being stolen by large fish that run hard or reef species that hold up in caves. If a large game fish is shot the diver releases the gun and swims up the rig line to the float where the diver plays the fish. 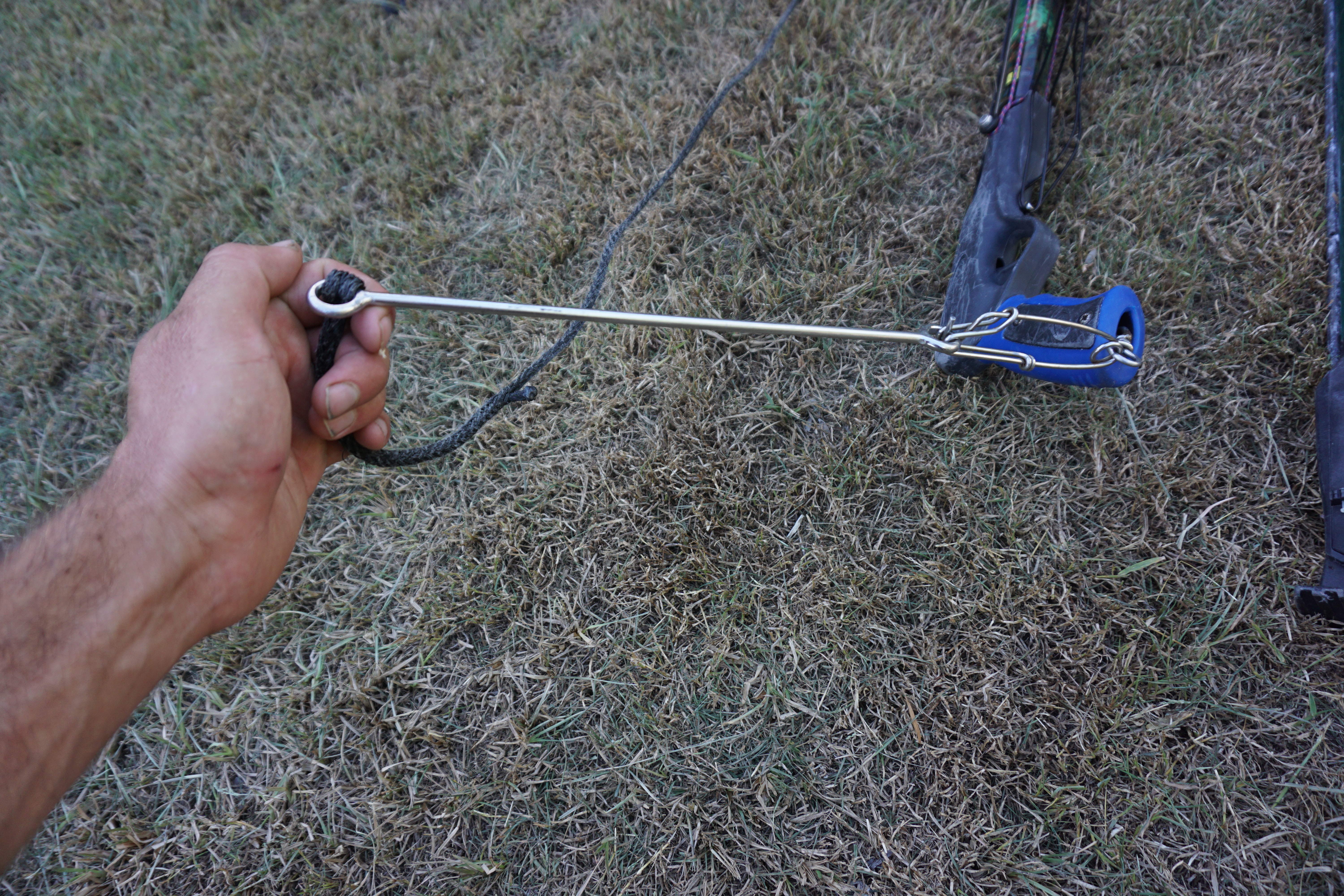 The speed spike attached to the spear gun via a shark clip. I recommend the thicker ones as they are less prone to bending.

This keeps the fish away from the diver attracting shark activity away and keeps the diver’s hands free to hunt.

I won’t go into too much detail about guns however to say the gun is usually a simple single or double rubber rail gun with a closed muzzle and a shark clip attached. It’s length should be matched to the local conditions but usually, for shore diving a 1m – 1.2m gun will do the job.

So that’s the set up. It has very few moving parts and that’s the point. Keeping it simple is the key when starting out and often a diver will have no need to change from this setup. It can be very cheap to purchase this set up and it’s worth checking out second hand websites like gumtree or facebook groups to pick up good second hand equipment.

If you are considering buying new stuff I stand by, buying right and buying once. Below are my recommendations and links to our principal sponsor www.spearfishing.com where you can save $20 on all purchases over $200 when you use the code noobspearo at check out. 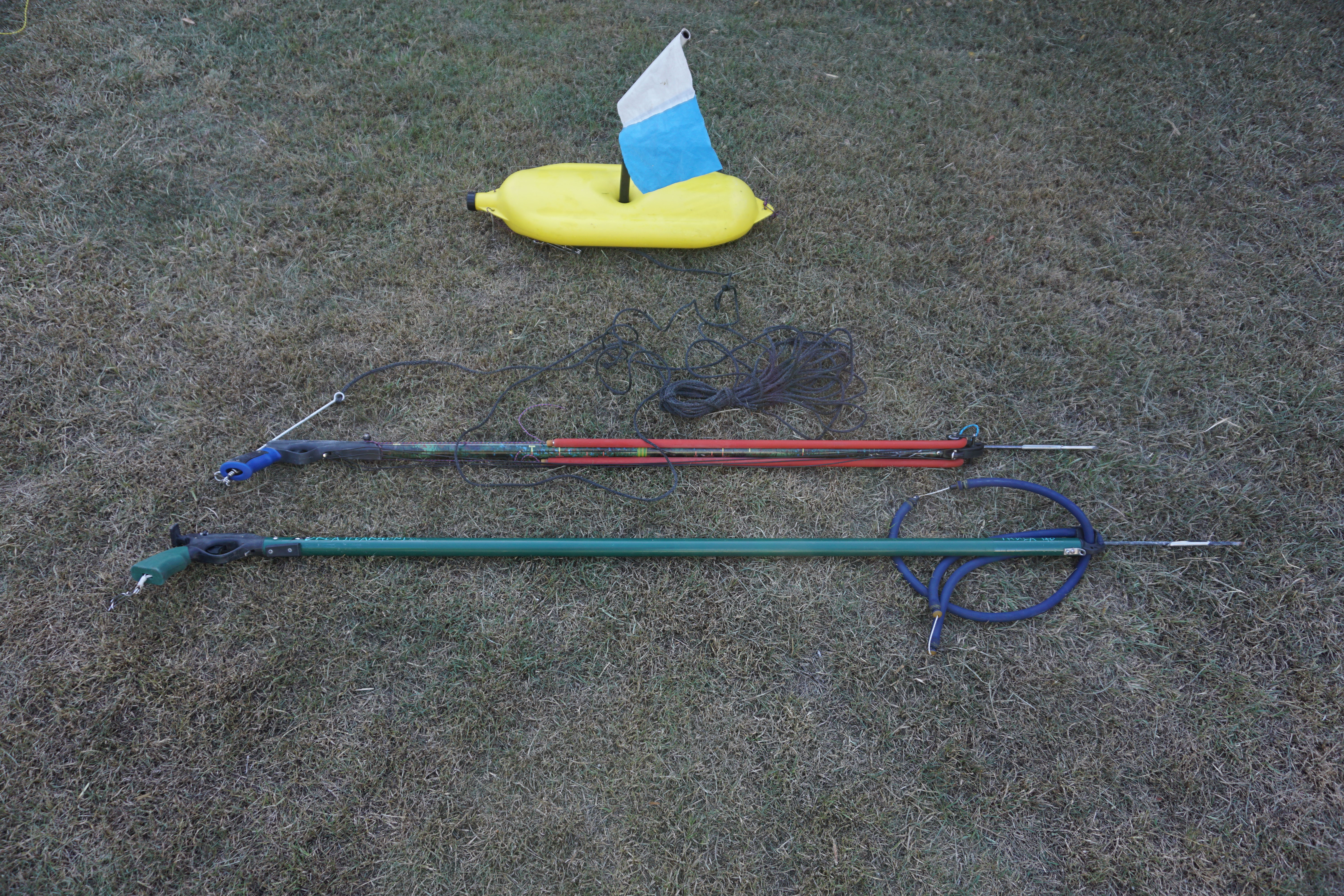