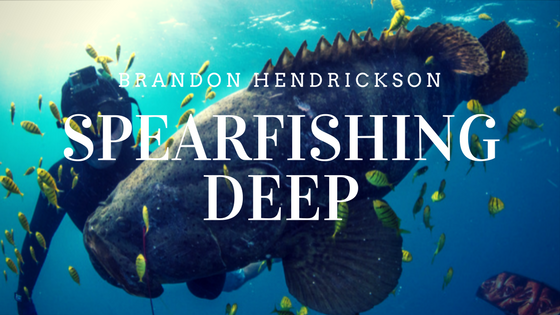 1.Spend money on improving yourself 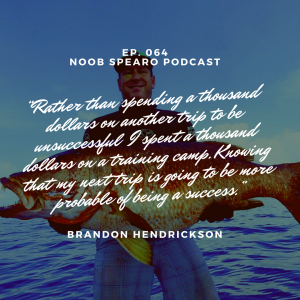 Brandon is a big believer in self-development and a big believer in educating yourself to be a better spearo. It’s hard to argue with a guy that that holds two IUSA world records and is a recent bronze medallist in Free Immersion at the world champs. 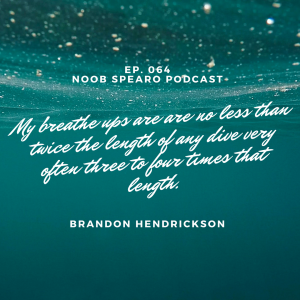 “My breathe up’s are no less than twice the length of any dive and very often three to four times that length.” So if I’m going to do a two and a half to three minute dive. I typically try to aim for about an eight minute breathe up between those dives to err on the side of safety but also to err on the side of I’m going to have a more effective dive”

“You have to realise you’re going to have less dives in a day. You’re not going to punch one hundred and twenty dives to 120ft a day. If you’re an animal you might be able to punch fifty dives a day.” 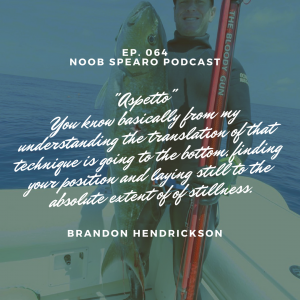 “You’re trying to minimise the amount of kicking and movement you’re going to be doing. Beyond sixty feet you’re going into sink faze around sixty to seventy feet and you’re coasting and either relying on the bottom or you’re relying on your sink rate to control the length of your dive”

You will often see footage of freedivers streamlining and sinking to the bottom without kicking. Brandon uses the same technique when diving deep. It conserves precious oxygen needed for the aspetto and the return swim to the surface. 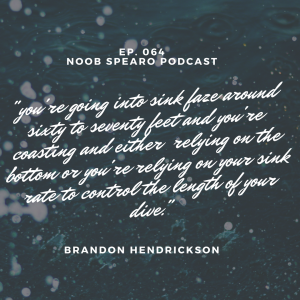 5. Focus on your return to the surface

“Go ahead and let go of your gun. At depths, nine times out of ten you’re not going to be shooting anything on your way up. Less drag, less weight for you to bring up and take your time coming up. Spend as least amount of energy and be efficient”

Brandon focuses on improving his ascent. The less energy he uses on the way up the better his recovery will be and potentially the more dives he can do in a day.

6. A safety diver is a must for spearfishing deep

“We don’t do those type of dives in poor visibility, that’s something for everybody to keep in mind”

I want my dive partner to be able to see me and I want them following my float line even if I go beyond visibility but if you can’t pick me up by the time I reach about sixty feet and be able to either meet me at depths or meet me at the surface then I’m not going to take the chance of making that dive. So it’s a conversation for every diver to have with their dive partner. I always start those conversations in the planning stages of my trips”

Listen to the full interview with Brandon Hendrickson on diving deep here.

Listening to Brandon it is clear that self improvement through education  and freediving courses or simply self reviewing ones technique is important for spearfishing deep. Both myself and Shrek have done freediving courses or some kind of routine training to improve our depth, particularly before a big trip. I personally recommend the courses at howtofreedive.com (use the code noobspearo).

I hope this helps you in some way to become a better safer spearo.