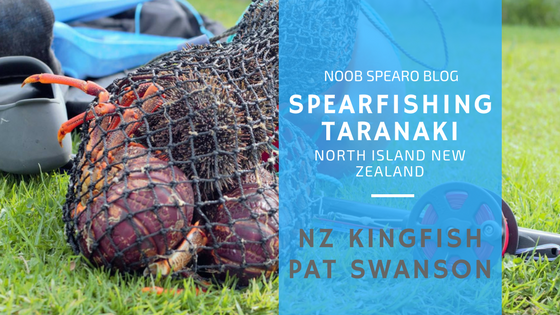 My little bro’s wedding and a sneaky Taranaki Spearfishing adventure

Fly-Buys came in handy on my recent trip over to the old stomping ground, thankfully the weather was clean too!

“Flights in and out of Wellington have been cancelled today due to fog. Air New Zealand wishes to apologize for any inconvenience….” the female speaker’s voice said over the loud speaker.

This did not however signal a major inconvenience to my trip home to the Naki. Despite Wellington being close to Taranaki, the Pilot had only to battle rain and low level cloud to get us there from Christchurch.

Arriving in New Plymouth Airport at 10pm, I quickly hopped into the baby blue Prius rental and had the tires squealing on my way out to my bro’s place in Oakura via a quick detour to Burger King (they call it Hungry Jacks in Aussie and its not the same).

I had been in the country one day and was already ‘bro’ing’ and ‘chur’ing’ the hell out of everyone (much to Turbo’s disgust). Anyway I made it my brothers place quickly as I had Pat Swanson picking me up at the crack of dawn with the promise of ideal Taranaki spearfishing conditions. 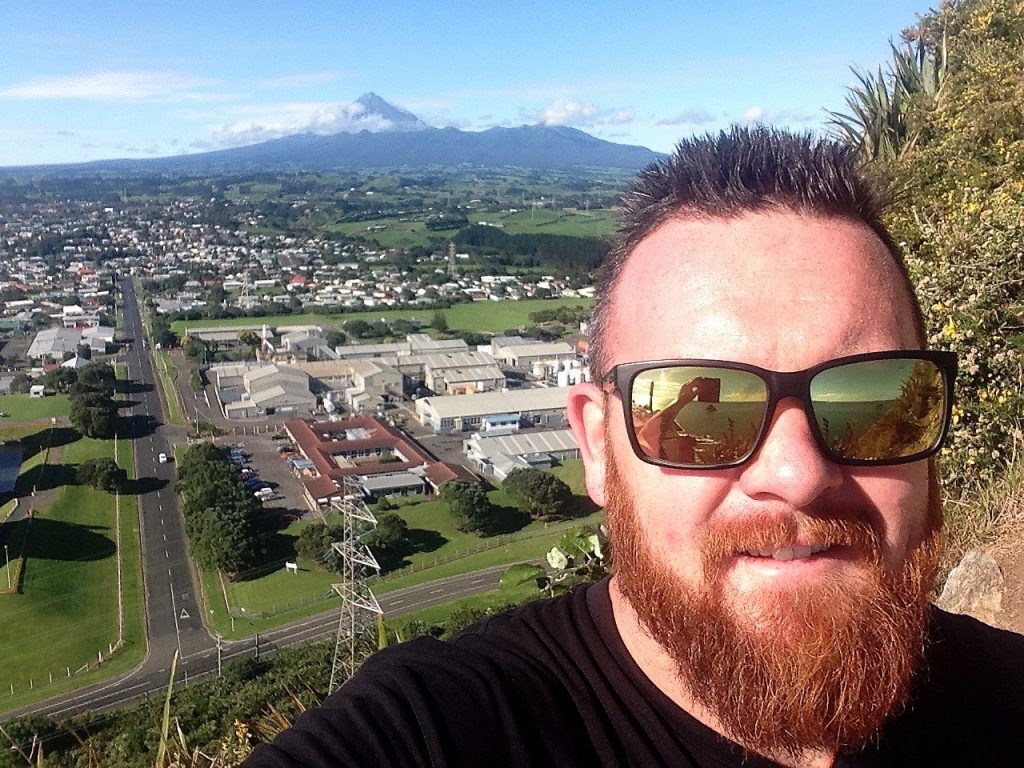 Paratutu selfie with Mount Taranaki in the background

7am rolled around and I’d already put a coffee away and my gear was stacked in the doorway ready to go.

I had been in contact with Pat several times over Facebook. This trip he kindly offered to take me out spearfishing and borrow some equipment.

Pat Swanson is a school teacher in New Plymouth who regularly wins the annual Catfish cull in Lake Taupo, has served in the New Zealand Spearfishing organisation in various capacities and won the New Zealand spearfishing championships 3 times. I’ve followed his posts on Facebook with envy for ages. With regular pics posted of John Dory, Crayfish and the odd Snapper all taken off the Naki coast, I was keen to head out spearfishing with him.

After a solid 40 minute drive chatting all the way we rocked up at ‘the spot’. The water looked pretty good and Pat assured me we would at least get some crays. We started gearing up and I was a bit apprehensive about the water temp but it actually ended up being ok.

Typical Murphy’s law though, poor old Pat looked at me sheepishly and said “bugger I’ve lost my mask and snorkel. You jump in and I’ll go for a drive and try and borrow one“.

With no luck though Pat and I ended up sharing my mask and snorkel for an hour. We managed 3-4 crays in the 2-3 m visibility and I picked up a few kina. I was pretty stoked. First proper day back and I had some crays and kina for dinner, life doesn’t get much better.

Pat dropped me off and I hatched a plan to hit ‘the spot’ again that evening. 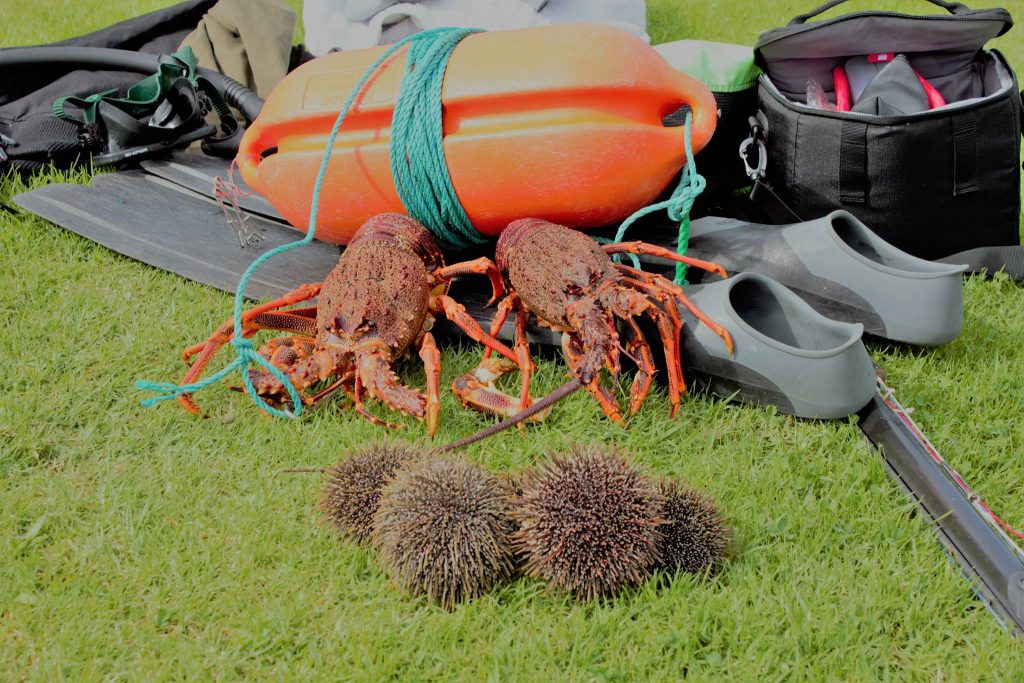 Pair of Crayfish, some Kina and equipment that Pat lent me

Promise of things to come

Jumping in later that arv, I was greeted by a rapidly departing Kingfish in less than 2 meters of water. In the crap viz, with my gun in close, I took a shot and it went high. Ahhh the frustration! Pulling your shots high is pretty common when you’re used to spearing in cleaner water. This was not the lesson I wanted to learn that day though. As it was late and I had people to visit that night I had a quick snoop around and without anymore luck I headed in and left for dinner.

The layout of the spot kept turning over in the back of my mind though and I had a sneaky suspicion that I knew where this Kingie and maybe his buddies could be hanging out. My theory needed testing though so dawn the next morning was already booked in before my head hit the pillow.

The next morning I headed off with one of my younger brothers Australian mates (Lockie) in tow. We outfitted him in an over-sized surfing wet-suit and a terrible $15 set of snorkeling gear. As I had Lockie with me I decided to stay in close and take him for a bit of a sight-see. Pretty soon he got cold though and I was quietly stoked because now I could head out a bit wider and check out the spot where I suspected the Kingie might be.

Heading out, the visibility opened up and as the sun came out I easily had 12 meters of viz. What I saw was amazing. Variable bottom with some interesting structure and the water movement was increasing as I approached my planned spot.

This is when a school of Kingies closed quickly beneath me and I reacted like the proverbial kid in the candy store. Descending down I quickly zeroed in on several fish and pointed my speargun. The first fish to swim straight in front of me was my victim. I wish I could say I picked out one of the bigger fish but no, I was a little too trigger happy. As I pulled in the fish that had been neatly stoned, I was a little annoyed at myself for not picking out a larger model. Still I was happy with a 7-8 kg New Zealand Kingfish. I quietly enjoyed the moment in the super clean water and bright sunlight. 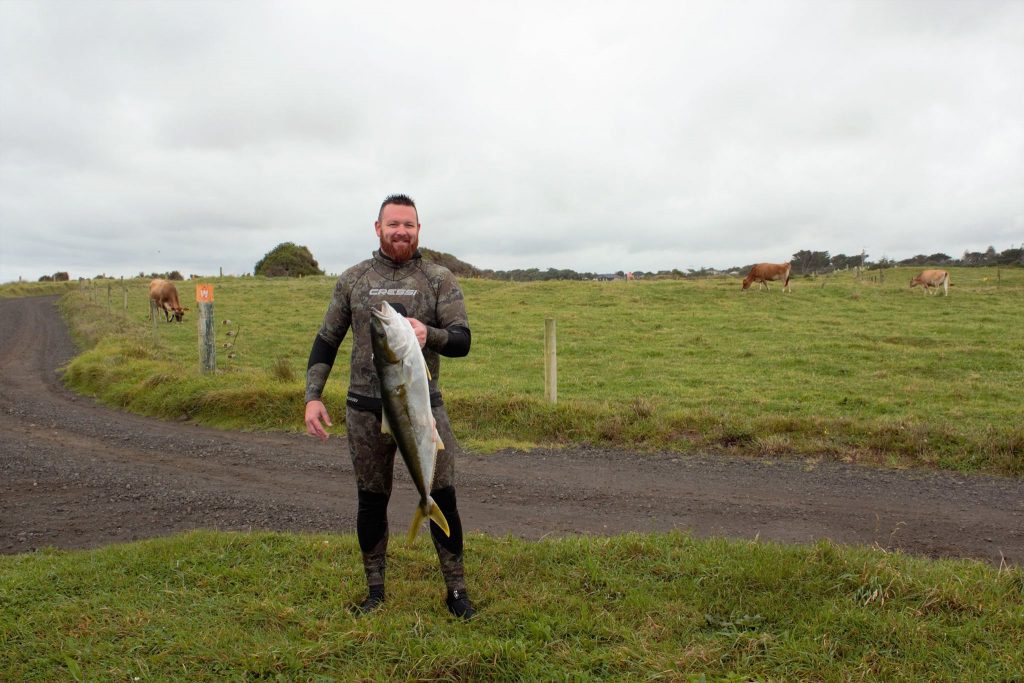 One of my Kingfish with idyllic Taranaki background including cows;)

I looped the fish onto my float and set off for my next fish. This time I would be more patient I told myself. Even though I knew I was in the hot spot, the Kingies did not seem to want to come back in close (possibly because of their first experience).

So I planned a new approach that could yield a few different results. My plan was to head for the bottom and bust up some Kina while making some noise as I bashed them up on the bottom. I didn’t think that the ground bait would draw in the Kingies but I hoped that something else might become interested and perhaps the noise could arouse the Kingies curiosity. 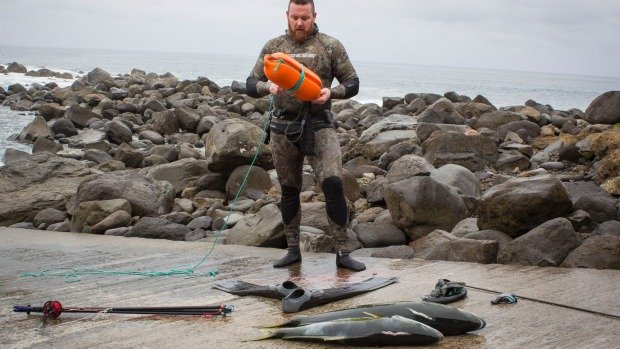 On my second attempt doing this I was rewarded by 4-5 Kingfish all well over the 10 kg mark approach on my way back to the surface.

As they approached I paused in the water column and let them come to me. While they cruised closer I steadily turned my gun in their direction. Drawing closer though they picked up speed and I had to track my gun through the water much faster. For this reason I didn’t get to aim at the largest fish in the school. Instead I shot one that looked somewhere near the middle of the pack, size-wise. He was much bigger than my first effort though and as I pulled him within arms reach he lit up and we had a nice 5 minute battle before I secured him with a hand in the gill plate. 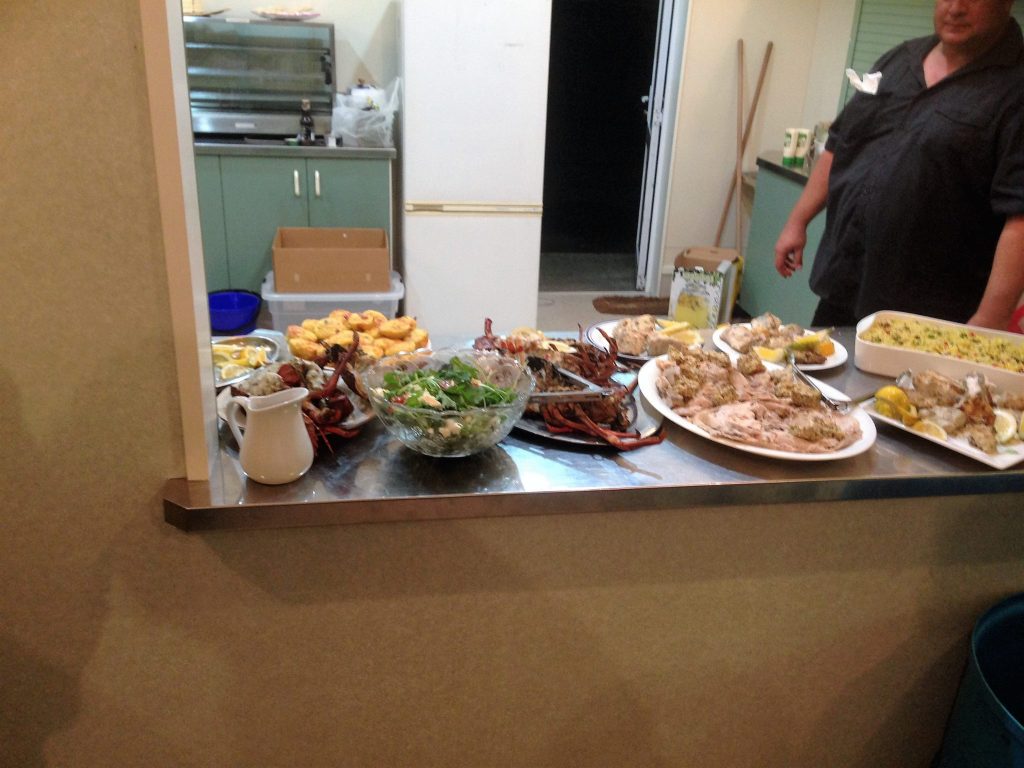 Feeding the wedding! Crayfish and Kingfish

Yieeew! Stoked two Kingfish and a dozen crayfish to feed the 90 expected people for my brother Joash and his bride Nicola’s wedding reception.

And feed them we did. I felt a little embarrassed with all the attention from people there who approached me to ask about spearfishing. It was a good feeling though and it made me proud to be a spearo because sometimes this is  exactly what spearfishing is all about.

If you would like to learn more about shore dive spearfishing check out this post. If you like hearing our stories then check out Turbos Moreton Island spearfishing trip off Brisbane’s coastline 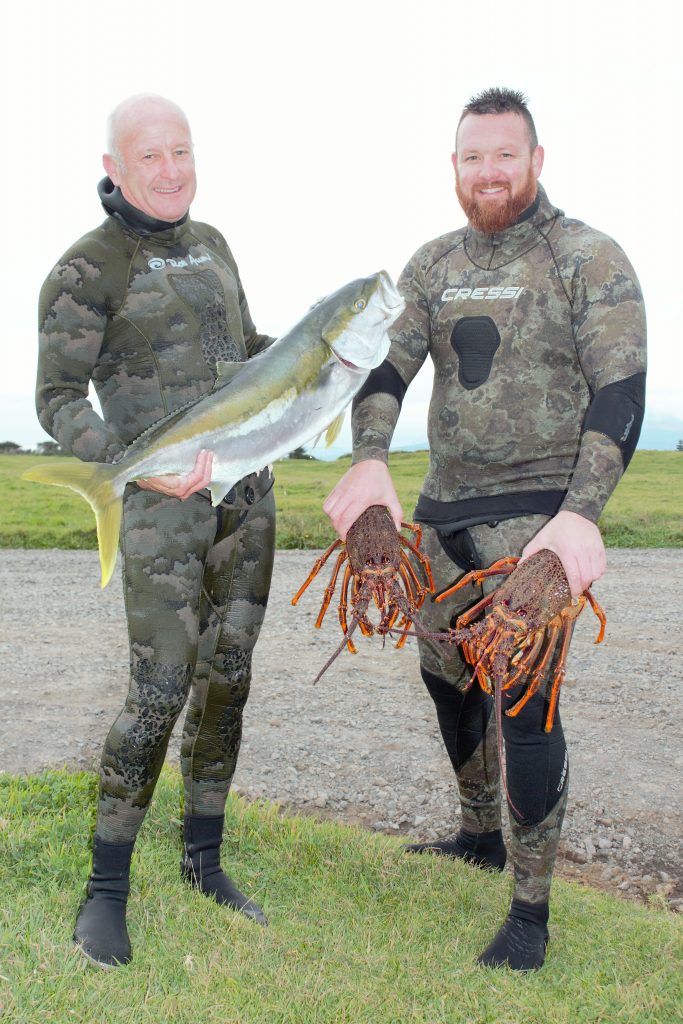 Cheers Pat for the gear and the opportunity:)