The Spearfishing Mindset of Tim McDonald 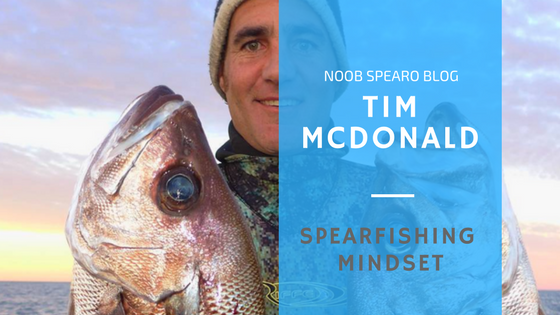 Recently on the Noob Spearo podcast we were lucky enough to chat with SE QLD legend Tim McDonald. There wouldn’t be an Australian Spearo that doesn’t know of Tim’s exploits in the South East. It seems that if it’s edible and swims in the ocean Tim has shot it, and probably a big one of it. We asked Tim what his favourite hunting technique was. In fact we ask every guest this question. This question is designed to get some practical in water techniques for new spearo’s to improve their spearfishing. Tim didn’t give us just one tip for one fish but gave us an insight into his spearfishing mindset for establishing fish behaviour and how best to target them.

When I listened back to the recording there was so many great quotes that I wrote a few down. The following is a series of quotes taken from Tim’s interview that I feel give a good insight into Tim’s mindset when it comes to spearfishing and how he approaches hunting fish. 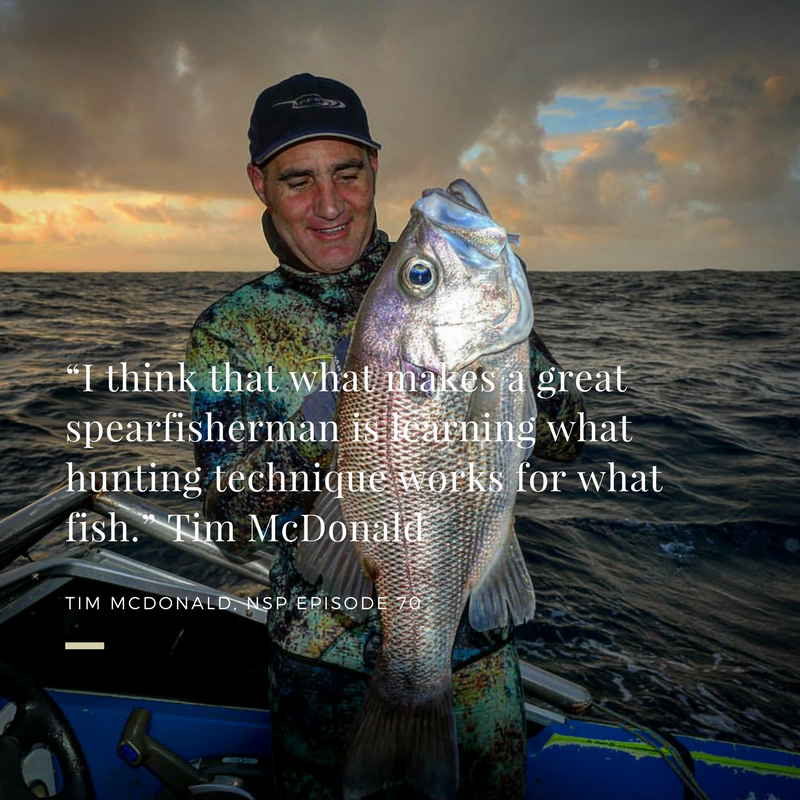 1. “I think that what makes a great spearfisherman is learning what hunting technique works for what fish”

2. “I probably put more thought into hunting fish and finding fish than most spearos.”

3. “I’ve got a photographic memory when it comes to spearfishing spots. I could draw you a detailed map of every spot I dive but I also remember what works for certain species and that’s probably what’s helped me hunt some of the fish that don’t often get shot in the area.”

5. “I am the worst person for technical names. I don’t call it aspetto because I don’t necessarily know what aspetto means. I’m guessing that means lying on the bottom. One of the big ones is just lying on the bottom, being there for a long time and lying in the right spot.” 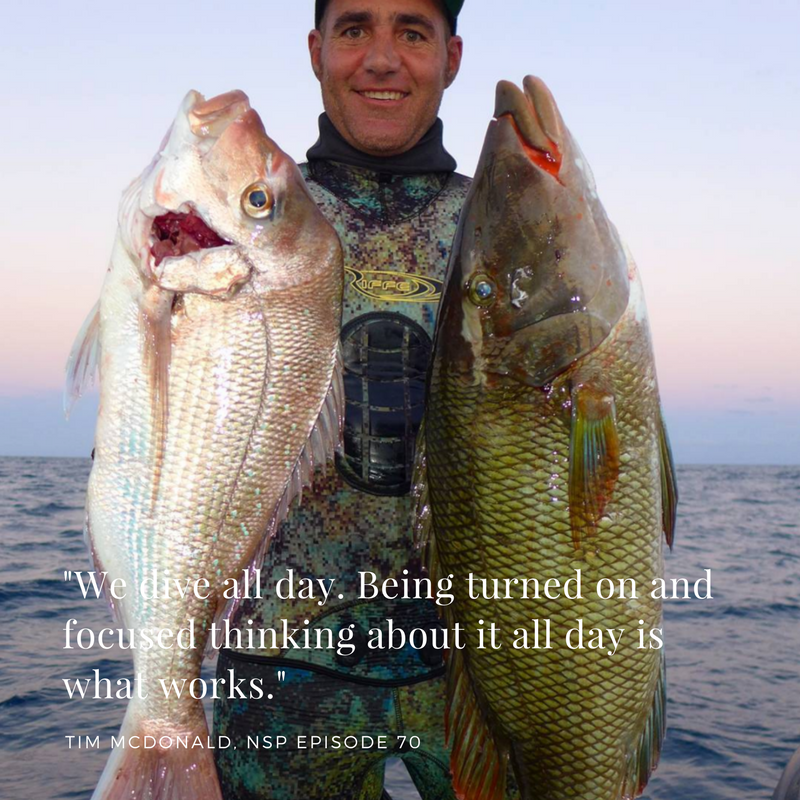 6. “We dive all day. Being turned on and focused thinking about it all day is what works.”

7. “Having the mental strength to hunt really dirty water is something that is key to making a really good spearfisherman.”

8. “If you asked my wife she’d probably tell you I spend too much time thinking about spearfishing.”

9. “That’s most guy’s biggest challenge, they want to shoot it so bad and they can’t hide that. They start waving their gun around, they don’t get their gun in the right position early enough, they don’t keep their eyes down for those brief moments when he’s coming head on. Just those little things make a huge difference.” 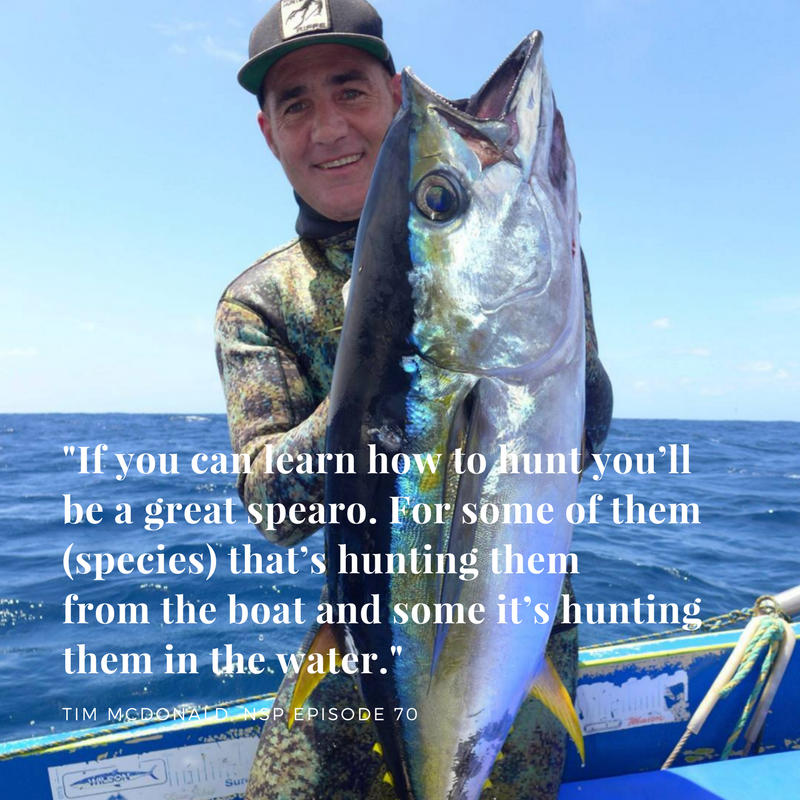 Clearly it’s the experimental mindset that Tim has applied to his spearfishing that has helped him to become so proficient. He observes and adapts. He is always thinking about the species and what makes it tick and how he can out smart it. Tim continually learns and adapts to what he observes in the water.

He experiments with new approaches right down to the noise his gloves make underwater. He keeps a record of what he observes. It’s mental a record but it works for him.

I would just like to say thanks to Tim for chatting with us and sharing his wisdom. You can listen to the full interview here.I highly recommend it as it’s jam packed with spearfishing gold from one of Australia’s best.