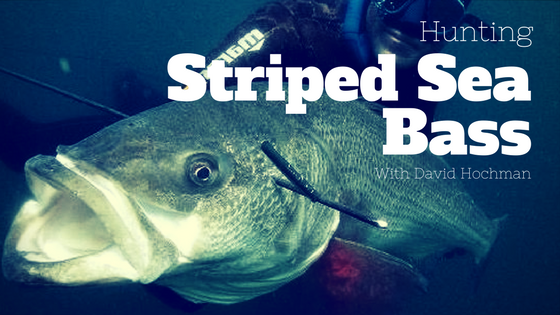 David Hochman is a veteran Striped Bass hunter and hold’s both Striped Bass world records. On the speargun at 68.5lb and on the pole spear world record at 54lb. He’s been spearfishing the area for 40 years and now takes great joy in running his spearfishing charter business Spear-it Charters (learn more here) where he hunts the grounds around Block Island. He is considered the Oracle of hunting Striped Bass and after reading this you’ll understand why. He shares with us some of his most important advice for hunting these incredible fish. 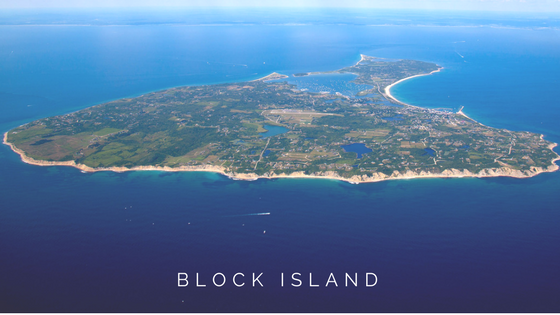 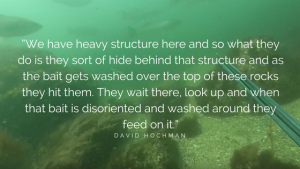 After years of spearfishing the waters around Block Island David has accrued around 450 GPS way-points where he has encountered Striped Bass before. All of these he insists have good structure.

When David recalls his 68.5lb world record Stripes Bass he refers to the “perfect set up”. An area where he can put a rock or boulder in his off shoulder, look past down current of another boulder into a flat area where the striped bass will congregate. The behavior is a little different to the pelagic fish like Mackerel and Wahoo of tropical reefs that prefer to patrol the front edge of the reef (current edge) looking for bait. 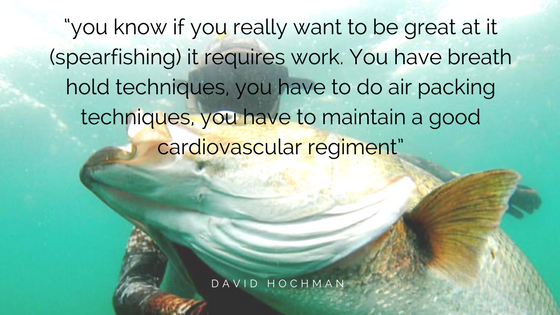 David emphasizes the importance of finding the schools of Striped Bass that can form extremely large schools. We asked David what advice he gives the guys on his charters when hunting Stripped Bass.

“You know dive down take their time with slow easy kicks. Stop kicking when you’re fifteen to twenty feet from the bottom and just coast into it (the school). Let the fish scatter, lay down, get that rock on your off arm, get your chin down against the ground, get your fins tucked in tight and then just look over your gun. Don’t move around, one of the things with our striped sea bass is that when you move at all when you’re in the school one fish bounces then the whole school bounces and then it takes another twenty seconds for the school to resettle so you really don’t want to do that you really just want to look straight over your gun and wait for a good fish to cross the gun and pull the trigger it’s as simple as that.” 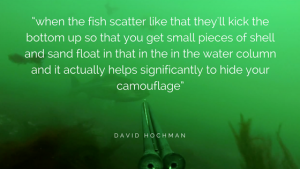 David’s advice emphasizes the need to remain calm and patient but says the school will return if you remain still and patient.

David says the fish are for the most part found in thirty eight to forty five feet of water likely due to presence of bait at those depths. He says however it’s not unusual to find them in the shallows particularly in July. 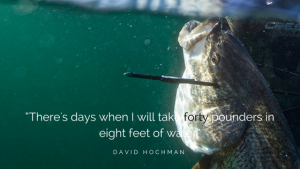 “In July we’ll get them up in the shallows and it’s really something, I mean they slide right up into twelve to eighteen feet of water. And you’ve got these big schools of beautiful fish it’s pretty neat”

“A lot of guys want to face up current and you’re better off usually facing down current so you can move your gun a little better.” 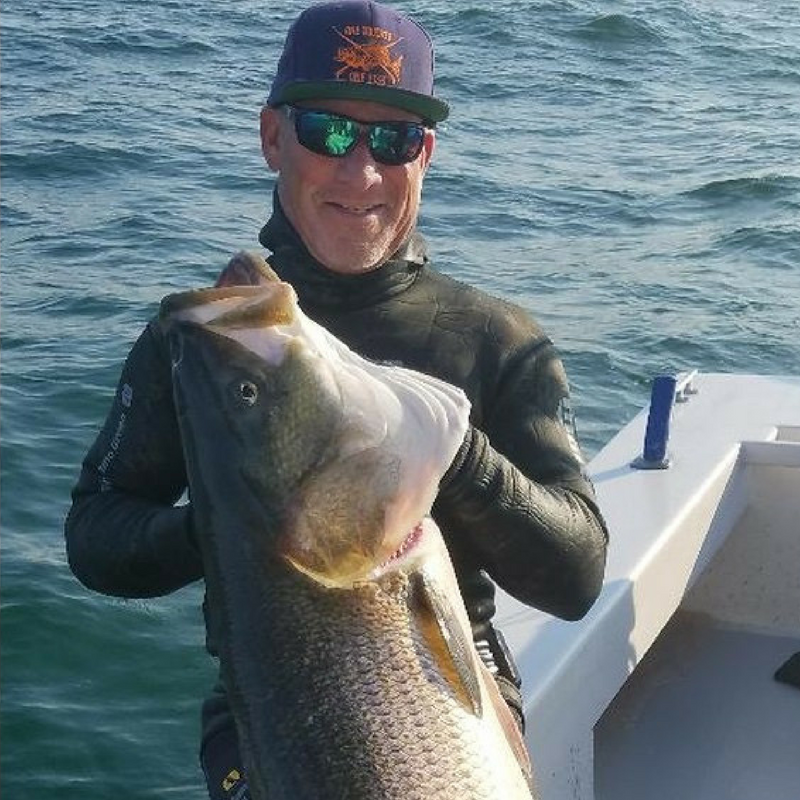 There are times when I’ve dropped on a school of fish and even to this day after the thousands of times I’ve done it I still get so excited and times I lose track of my heart rate. What I’ll do is I’ll look down at the sand and I’ll take my eyes off the fish entirely and look down at the sand for about ten seconds, drop my heart rate down bring my head back up and start hunting again and they never leave.

David says the season for Striped Bass generally runs from June 15th until late October when they will run up the Hudson River and winter.

“Probably the best time for our really big bass, most of my sixty’s and fifty’s (lbs) have come from June twenty fifth until July tenth right in that window you know. But he says there’s still a great chance of landing a big Striped Sea Bass outside of this time frame.

According to David the fishery is improving due to catch limits being reduced to one fish per day from 2 fish per day. David believes this could be why he is having his most successful year on Spear It charters. 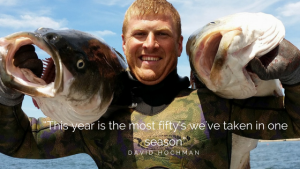 “One of the most difficult things I’ve always had with these fish is that if you connect your mono to the back of your shaft it tears off within five or six fish and you break the shaft off. What I ended up doing was taking a short piece of Dyneema, like a 1.9mm. Putting it through the back of the shaft and then just tying an over hand not in that and then attaching my mono to that loop. I can now with that run the entire season of taking big fish.”

“I do not like stiff fins, a proper kick is more important”

David exclusively uses reel guns over rig lines due to the high current and the frequency of drifts that they do in a day’s diving.

David teaches all new divers to palm the real and maintain pressure on the fish as it runs. This is to prevent backlash and he also believes helps to stop the spear from coming out as it maintains pressure on the flopper.

I hope you were able to learn something from David’s advice. He is a wealth of knowledge on Striped Bass and definitely knows how to put his patrons on the fish.

You can learn more about Spear-it charters here

Thanks for reading you can leave your comments below, just one would be nice. I dare you!