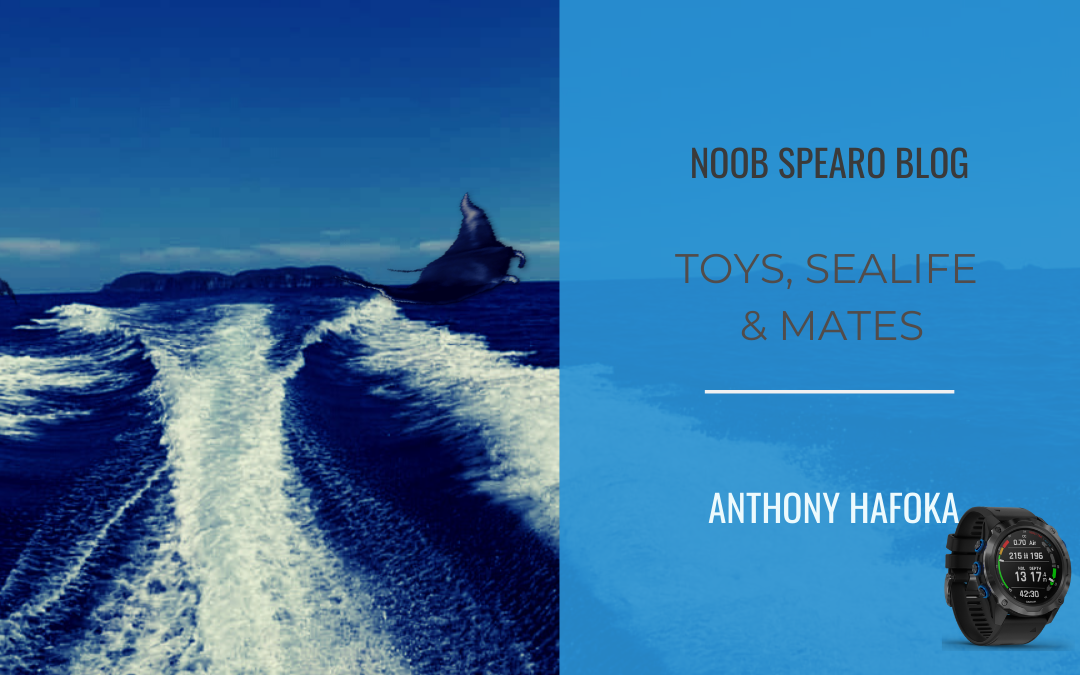 New toys (new to me), sea life and old mates

On Christmas Eve I bought myself a Garmin Descent Mk2 and have been playing with it a little. The various apps you can load and the information it collects are impressive. GPS coordinates, entry and exit points for dives, boat tracks etc. as well as giving you a direct heading to your destination while boating is interesting. No spot is safe now – jump in the water and fire up the Apnea Hunt app and it logs your entry point and info on dives such as heart rate, depth, temp etc. throughout the session. It is an expensive piece of kit though! 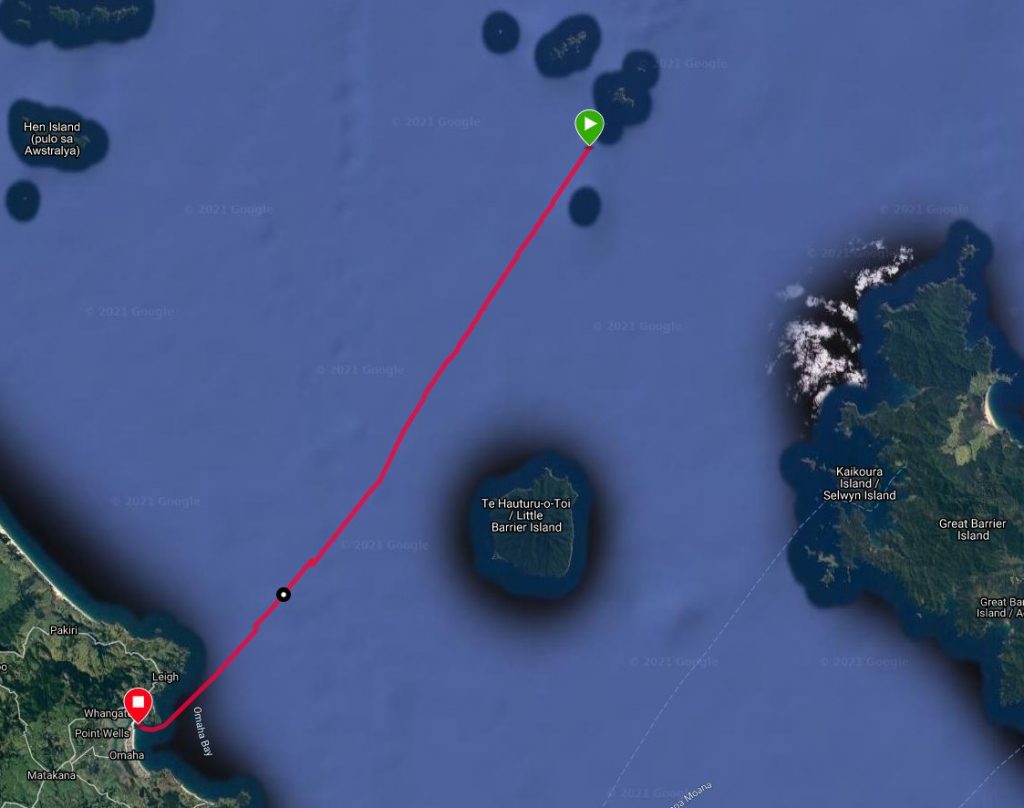 Mokohinau Islands aka the Mokes

A couple of weeks ago Rob, Moss and I headed out to the Mokohinau Islands in Robs boat. The Mokes are about 30 NM out and are known for good fish life. We launched earliesh (although not as early as intended … thanks to yours truly) and were just under half way out when we spotted a big splash just to the west of us. The splash then appeared again and we saw a flash of white underside and large gills – it was a manta ray feeding on the surface. Manta rays are not hugely common in New Zealand waters and none of us had seen a manta in NZ before so we quickly geared up while keeping an eye on the ray from a distance. I jumped in and swam toward the ray which then proceeded to come to me and check me out – swimming with a manta ray has been on my bucket list for a while! Moss and Rob also jumped in and we took turns boating. The day on the water was starting well!
As we approached the Mokes we saw a couple of pods of dolphins too. Moss was first in the water and on his first dive stoned a kingfish while I was still gearing up so we dropped that into the chillibin. I couldn’t hit a barn door and managed to stuff up a reasonable snapper while Moss and Rob came back with some good fish.
Next was jumping in on one of the workups that were moving around. The workups were Trevally and Kahawai with some Koheru mixed in. Kingfish were hunting them from below and I saw a couple of small Kingfish pretending they were Kahawai and schooling in with the Trevs.
We dived a couple of other spots and I was still struggling to hit a barn door so I got my eye in on a Trevally then we dropped in at a spot Rob had sold as “almost guaranteed Kingfish”. He was not wrong … I had just got in the water, loaded my gun then turned on “Apnea Hunt” on the new watch when I saw a reasonable Kingfish below me so it was a quick duck dive and shot. Given my poor record of not being able to hit a barn door I was unsure of shot placement so when Rob swam back and asked if I wanted him to put a second shot into the fish I agreed.
Looking back at the info on the Garmin later I can see that I barely got to 4m on that dive – I have included a screenshot of some of the data: depth, time and heartrate. The very first dip in that graph was the Kngfish dive. 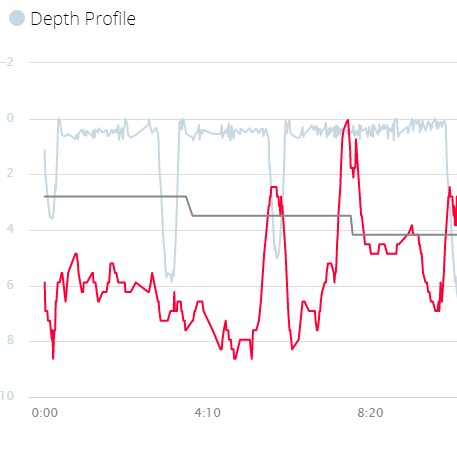 After a bit more time in the water we decided to head back. We hoped we might see the manta rays on the way back too so Moss stayed in his togs. We were not disappointed as we spotted another, bigger manta ray in roughly the same place as the ones spotted on the way out. Rob and Moss jumped in while I boated for them (I had spent more time with the manta in the morning). I had turned on the “Boat” app on the watch and set the destination as the boat ramp at Omaha so it tracked our journey, speed etc. It would be easy to use it to give you a direct course to a destination.
More sea life …
Not long after the others were back in the boat and dry Rob and I spotted a spout ahead … We had a Brydes Whale swimming across our path. Brydes whales are resident in the Hauraki Gulf but this was only the second time I had seen one – It was quite a day for large sea life (Rob and Moss also had Bronze Whalers check them out).
I have included a couple of screenshots of the boat track and you can see the top kink in the track where we saw the manta ray and a another deviation in the track where we saw the Brydes Whale (NZ has strict regulations about approaching marine mammals).